Artist Gives Us a Real Woody (from Toy Story)

With reboots of The Lion King, Aladdin, and Mulan, Disney seems to be on quite the live-action remake kick of late. While some of these movies have been okay, I prefer to leave these Disney classics in the animated world where they belong. Now that I’ve seen this realistic looking figure of Woody from Toy Story, I’m afraid that Disney/Pixar might get some crazy idea of a live-action Toy Story reboot too. I’m begging them to just say no. 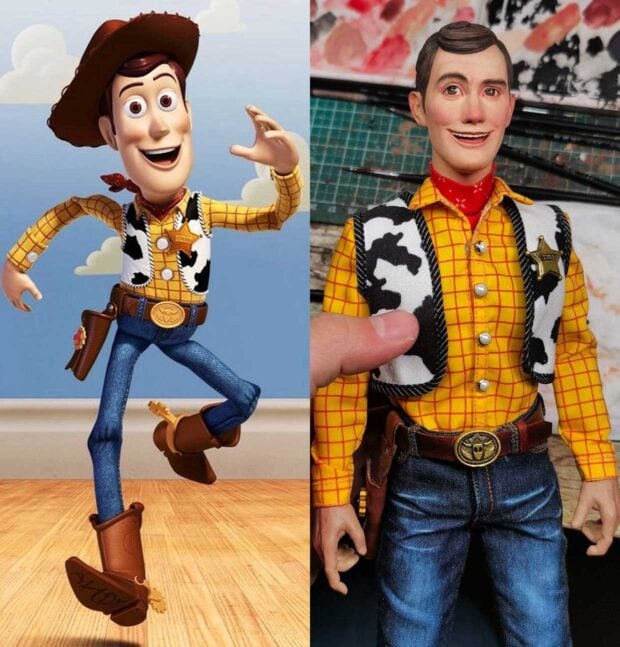 This incredibly detailed sculpt was created by the talented figure maker @jeno_figure. He did a fantastic job turning Tom Hanks’ iconic CGI character into a realistic looking person, retaining Woody’s upbeat expression, and reinterpreting his cowboy outfit onto a body with more human proportions. From the cowhide vest to the yellow and red shirt, to the cow skull belt buckle, Jeno truly nailed the design. It also looks like he created another alternative head with a more serious expression, as you can see in his original tweet:

Incredible work, Jeno! Now can we please have realistic versions of Buzz Lightyear, Jessie, and those three-eyed aliens?