Since “just because you can” is as good a reason as any to do something these days, the engineers at iSax Laboratories took it upon themselves to try building a MIDI-controlled robotic trombone. The result? Well, the result is what you’ll hear below, which is by no means the best trombone playing I’ve ever heard. Although it’s not the worst either (I’m talking about my nephew). 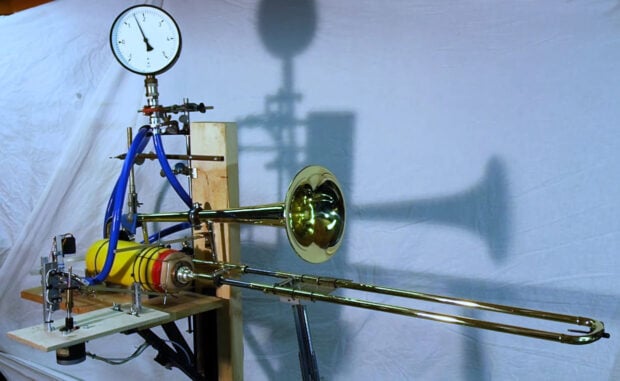 According to its makers, a trombone’s unique tones are a result of “a combination of lip tension, pressure against the mouthpiece, airflow, air pressure, resonance in the mouth, and probably some other variables” that they were unable to successfully replicate with the robot, leaving them with “an over-engineered noise machine.” Hey – my wife calls me the same thing sometimes! 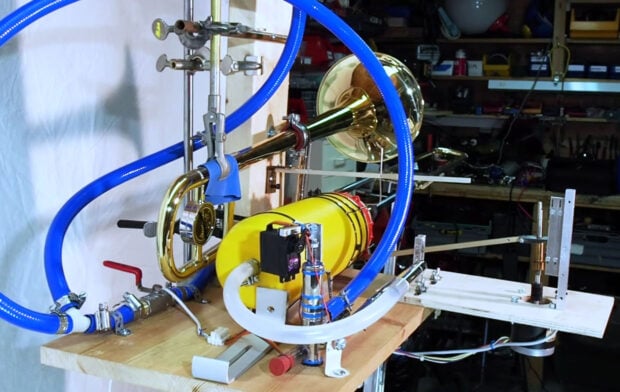 So we may never find out what a trombone duet with Toyota’s trumpet-playing humanoid robot would sound like. But you know what? I’m okay with that. After all, some things are better left unheard. Or at least that’s what my wife tells me when reminding me to close the bathroom door and play some loud music on my phone. 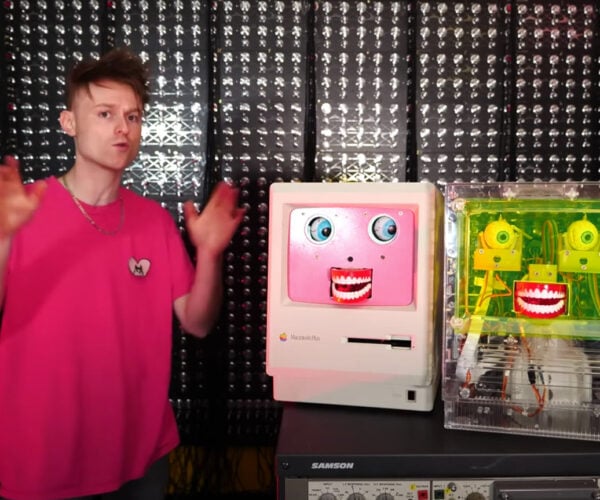