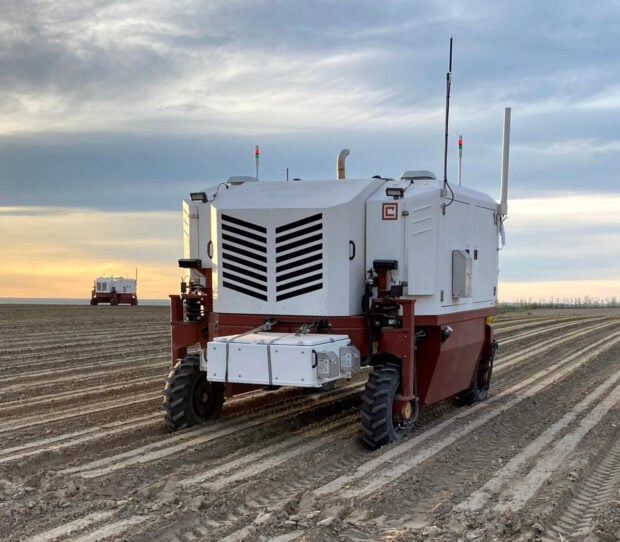 Sure Old MacDonald had a farm, but did he have an Autonomous Weeder robot from Carbon Robotics? I think not. E-I-E-I-O indeed! The Autonomous Weeder, designed to kill weeds without harming the soil or water, scans the ground with its 12-camera array, identifies weeds via onboard AI, then kills them with high-powered carbon dioxide lasers. Pew pew pew!

The tractor-size Autonomous Weeder can kill approximately 100,000 weeds an hour and between 15 and 20 acres a day, compared to about a single acre by a human laborer, and without the damaging effects of herbicides or the inexact nature of killing them with fire. Plus the robot can work autonomously both day and night, with no need for food or bathroom breaks.

Carbon Robotics CEO Paul Mikesel mentioned the Autonomous Weeder costs “hundreds of thousands of dollars,” but could pay for itself in a few years based on the scale of a farming operation. There are also lease options available. Me? I was torn between buying and leasing before ultimately deciding to not get one at all since I don’t own a farm. Fingers crossed I don’t regret that decision.