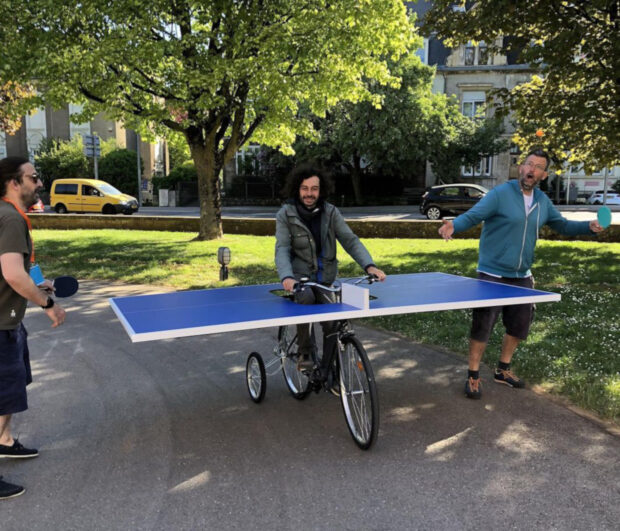 I was just thinking the other day how crazy it was that nobody had made a mobile ping-pong table; then today, I wake up and see this: Le vélo table de ping-pong, an art piece constructed by Benedetto Bufalino. It’s a ping-pong table built on a bicycle for ease of movement between games, or DURING games, although you’ll have to play around the bicyclist. Or just try to hit them in the head; it’s really up to you. 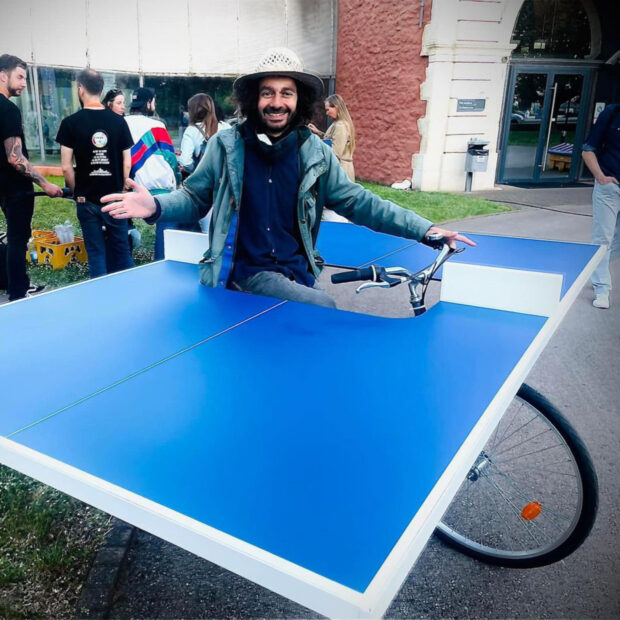 Between Forrest Gump’s running ability and ping-pong skills, I would NOT challenge him to a game on this thing. He’d probably run circles around me, both figuratively and literally. I feel like challenging my nephew would be more of a fair contest because he isn’t that coordinated yet and can’t stand for long periods either.

The Republic of Molossia