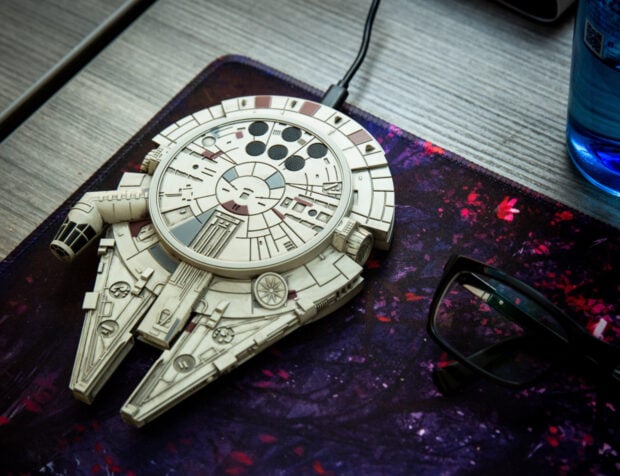 Modeled after Han Solo’s infamous flying bucket of bolts, the Geeknet Star Wars Millennium Falcon Wireless Charger (on sale for $26 at GameStop) is a wireless fast charger capable of juicing up any device with wireless charging capabilities (including Samsung and Apple phones). But can it do it in less than 12 parsecs? It better, or I’m demanding my money back. 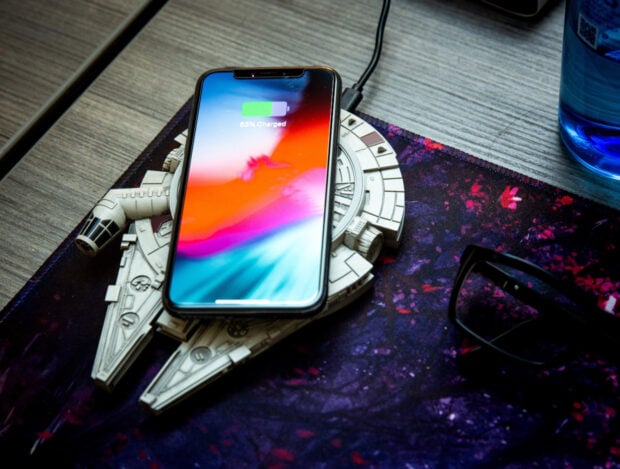 The charger has a nice 3D look to it and measures approximately 11″ x 6.5″ x 1.5″, so it isn’t just a boring flat pad. Plus, the Falcon’s thrusters glow blue when your device is fully charged. Obviously, I’m only going to put already-charged devices on it, so it always glows blue because I’m much more into form than actual function. 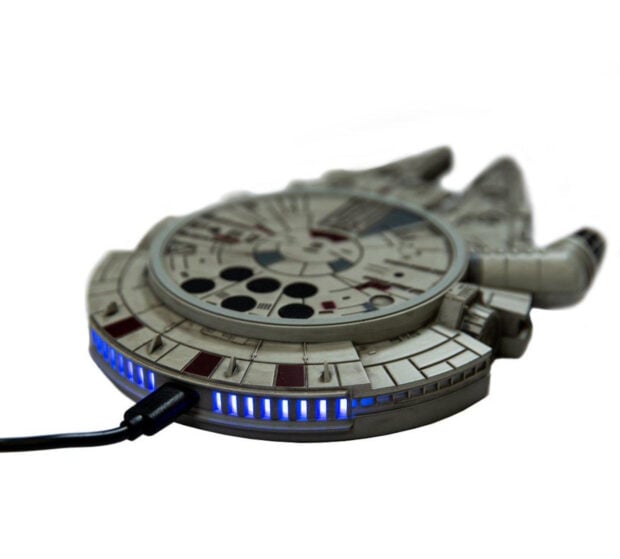 I have a wireless charger on my bedside table so my phone charges while I sleep, but I always miss getting it on the pad before bed, so I wake up to a phone that’s guaranteed to die sometime during the day. Probably at the worst time possible. If there’s a logical solution to this problem, I sure don’t see it. 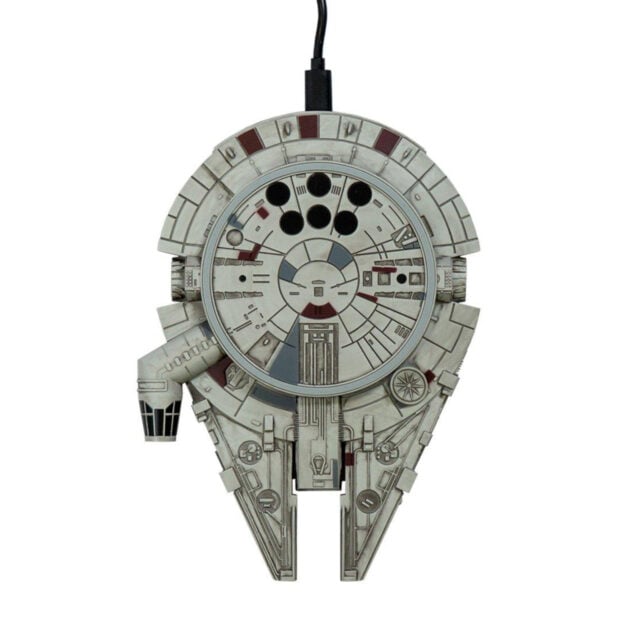