In Back to the Future, Marty loved to play the guitar. I’m thinking if he ever asked Doc Brown to make him a musical instrument, it might have looked like this. Sure, he’d have to learn to play the bass, but I’m sure he’d be fine with that. 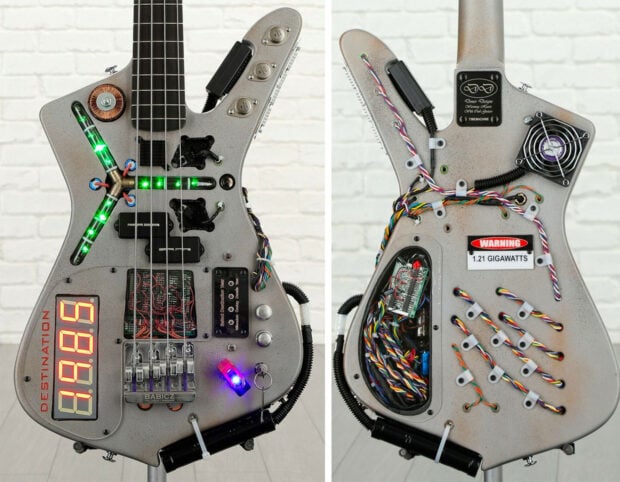 This awesome one-of-a-kind custom electric bass was designed and built by Chicago guitar makers Steve and Richard Doner, and features lots off cool design touches inspired by Doc and Marty’s time-traveling DeLorean DMC-12. With a flux capacitor front and center, along with an LED destination display, and buttons to select millennium, century, decade, and year, this bass is ready to blast through time just as soon as it hits 88 beats per minute. Where they’re going, they don’t need notes. 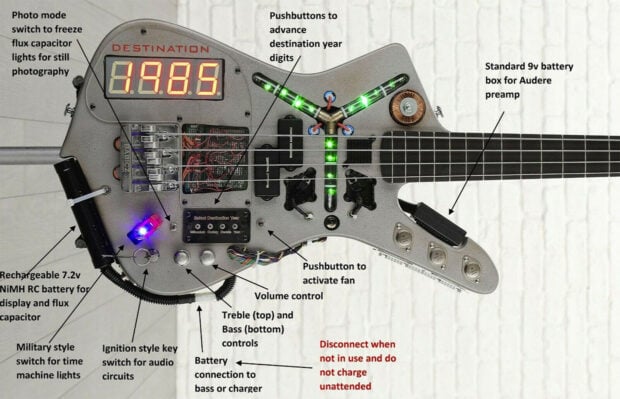 All of its visual effect circuits have been isolated from its audio circuits, ensuring clean sounds, and instead of running on a Mr. Fusion, this thing simply has a NiMH rechargeable battery pack. After a brief run on eBay, the guitar was sold for an undisclosed price, with 100% of the proceeds benefiting the Michael J. Fox Foundation for Parkinson’s research. The auction had gotten up to $8888 before it was ended, so we can only guess that it raised a good amount of money for the charity.