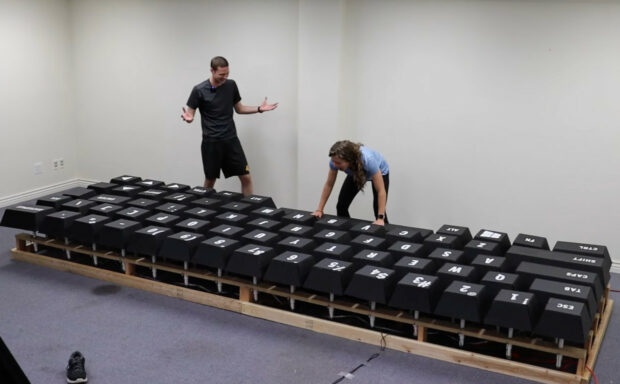 Presumably inspired (but also probably not) by the giant musical keyboard Tom Hanks plays in Big, YouTuber RKade decided to build the world’s largest keyboard, submit it for Guinness World Record recognition, and then use it to play a typing game. They also created a video documenting all of that, the most exciting part of which is the typing game. I love typing games. Of course, that’s just me, and I can type 220 words per minute if gibberish counts. 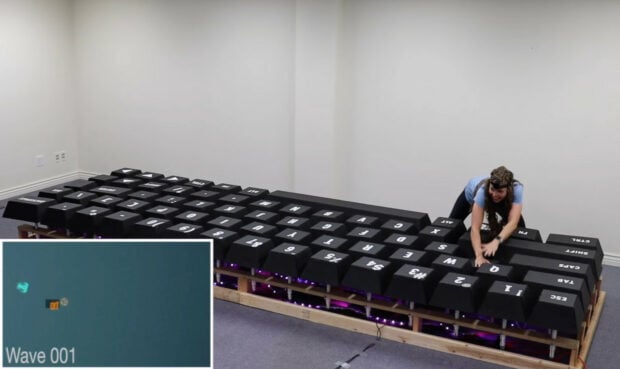 The keyboard uses giant cardboard keys atop PVC pistons that, when pressed all the way down, activate a limit switch. Each switch is hardwired to the corresponding key of a circuit board from a regular size keyboard, resulting in the letter being typed. Simple, really.

After construction, they use the keyboard to play a typing speed game, which looks like it’s much more of a challenge in physical fitness than a typing challenge. I would have definitely been the loser. Now let’s see this keyboard used to play Counter-Strike or Grand Theft Auto!