MegaBots 2-Story Mech Goes up for Sale on eBay

Do you have a neighbor who likes to steal the parking space in front of your house? Well, have I got the ultimate deterrent for you! All you need is a gigantic, car-crushing mech to stand guard on your front lawn, and they’re sure to stay away.
Share
Check It Out 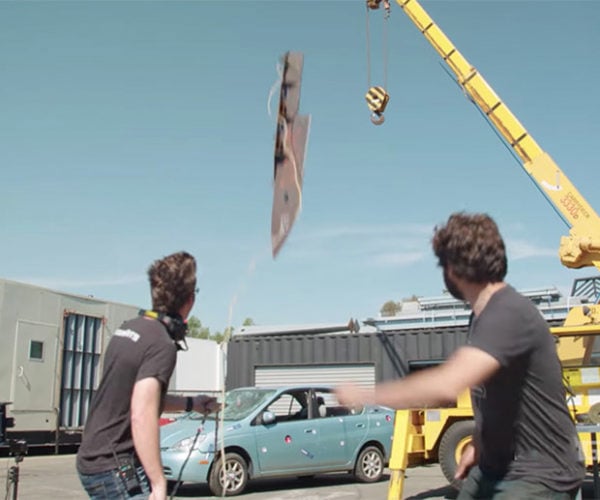 Like Crocodile Dundee once said, “That’s not a knife. This is a knife.” When they’re not building giant fighting robots, the guys behind Megabots like to smash and slice stuff with giant knives. They decided to use a 500-pound knife they custom built to stab a scrapyard Toyota.
Share
Check It Out 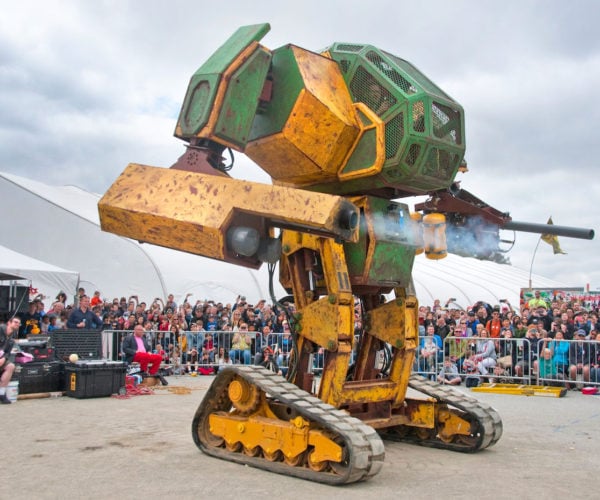 The dream of giant robots battling it out for our pleasure is alive my friends. And almost here. The folks behind the MegaBots Kickstarter have released the first trailer for their upcoming web series which will follow the trials of building a 10-ton, 350HP combat robot.
Share
Check It Out 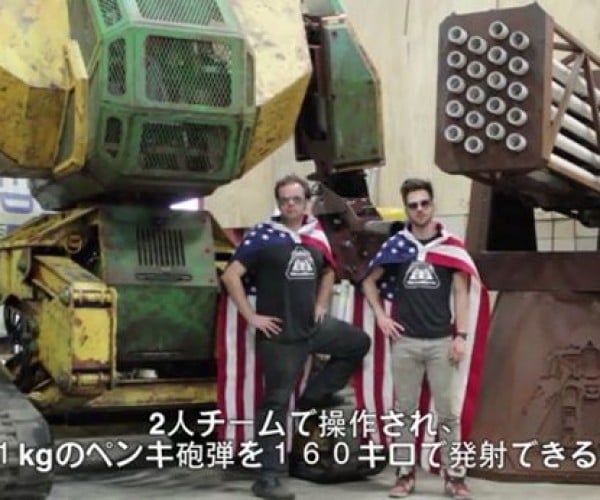