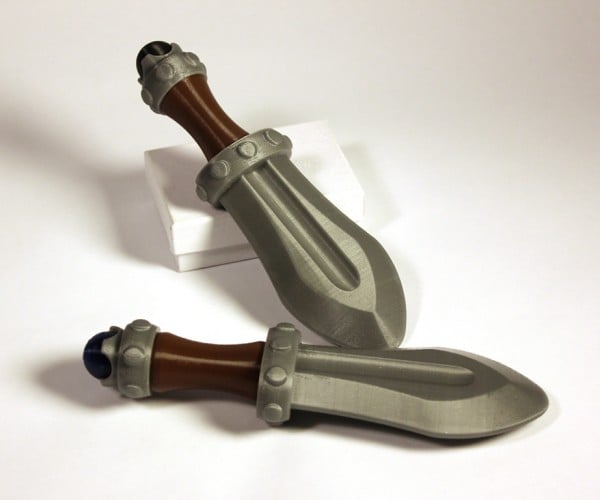 Thingiverse member Targ was inspired by a fellow designer dutchmogul’s 3D printed rattle mace and made a pair of sword rattles for his baby. Each sword is made of five pieces. Targ printed all of them using PLA filament, with the exception of the jewel, which is made of Taulman’s T-Glase filament.
Share
Check It Out 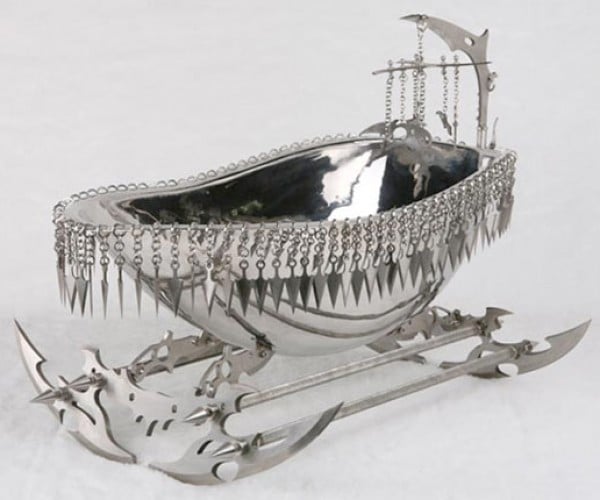 I’m not a particularly huge Star Trek fan–not the dressing-up kind, just the appreciating, occasionally-watching kind–but even I have to say that this is probably the most awesome crib in the history of cribs. If Cribs was about cribs instead of cribs, this would have its own show, even though it’s a cradle.
Share
Check It Out