Yoda Says, “Left You Stay, or Darkside You Will Find” 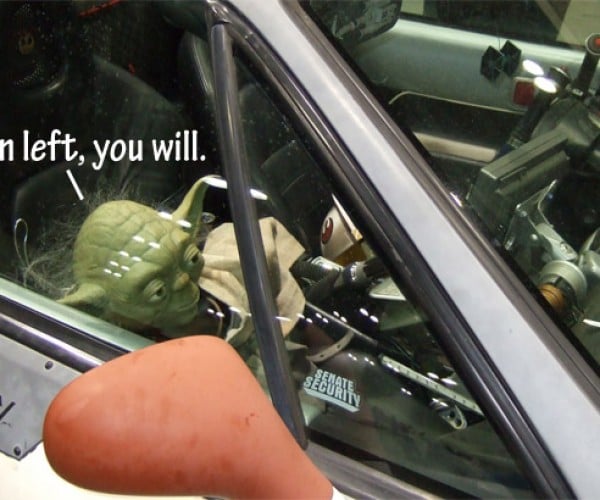 I always wondered what it would be like to hang with Yoda. I think I would spend lots of time trying to figure out what the little green dude was saying. Backwards he talks, yes, hmmmmm.
Share
Check It Out

Buy This Metal Yoda, You Will. 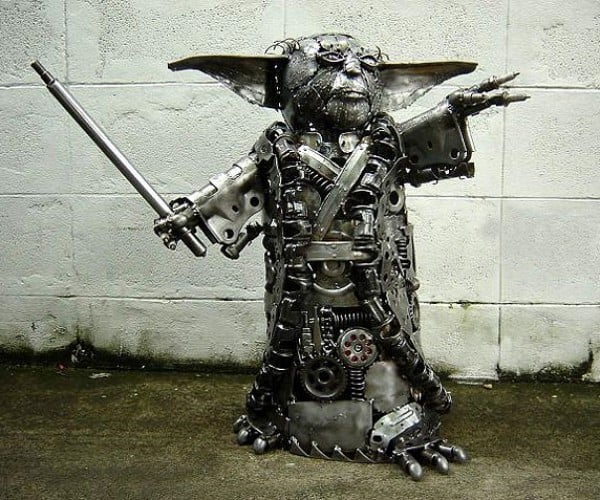 Created entirely from old bits of metal and scrap parts, this diminutive (but life-size) Yoda sculpture looks awesome. Handmade by Bangkok artist Yumi Modal, the only thing better would be if the little metal guy’s lightsaber actually lit up – but whaddya want for scrap metal?
Share
Check It Out 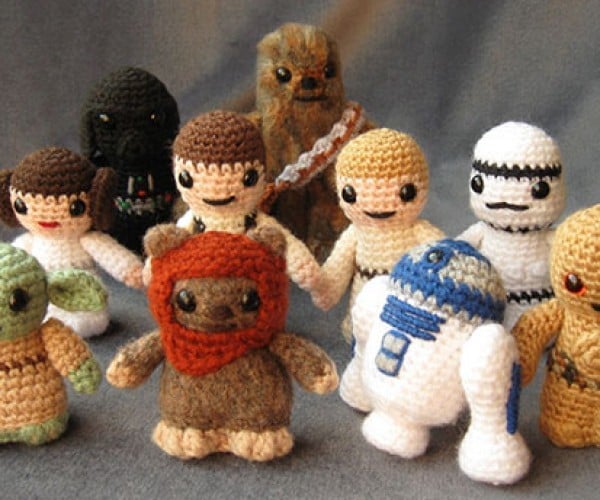 Etsy seller/Jedi Crafter LucyRavenscar is selling crochet patterns that will allow any Padawan with a crochet hook to create these pint-sized amigurumi of popular Star Wars characters.
Share
Check It Out

Yoda Light-Up Tree Topper: This, Your Christmas Tree Must have 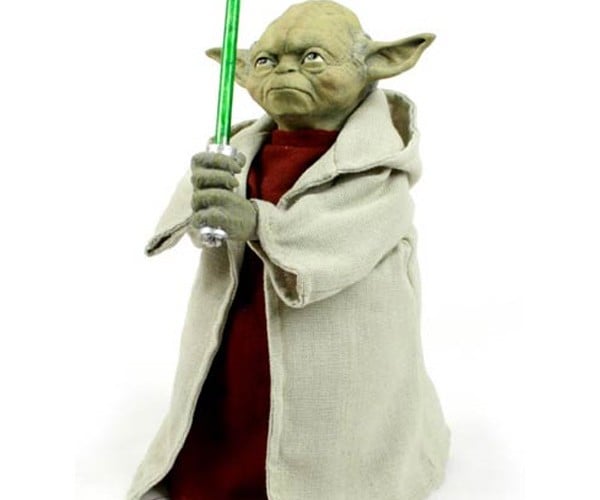 Yep, Halloween is barely upon us and here I go jumping the gun with Christmas stuff long before Turkey Day has even arrived. Oh well, calendars be damned. It’s finally time to rid of that boring old star on top of your Christmas tree this year, and swap it out with something much better.
Share
Check It Out

Dark Side, Light Side, Pumpkin Side [Star Wars] 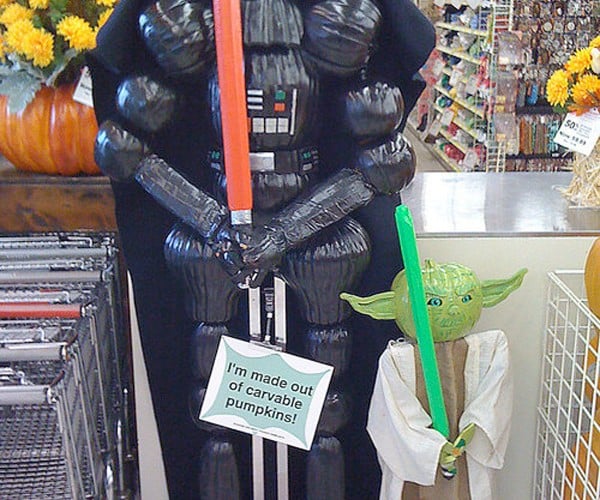 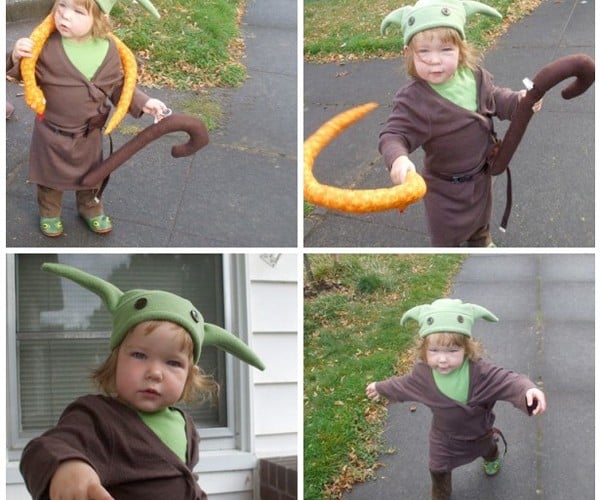 Treat, or do not treat. There is no trick. At least, that’s what I’m imaging this child is being taught to say for Halloween. The regular ol’ “trick or treat” just doesn’t seem like it would quite measure up to this incredible Yoda costume.
Share
Check It Out 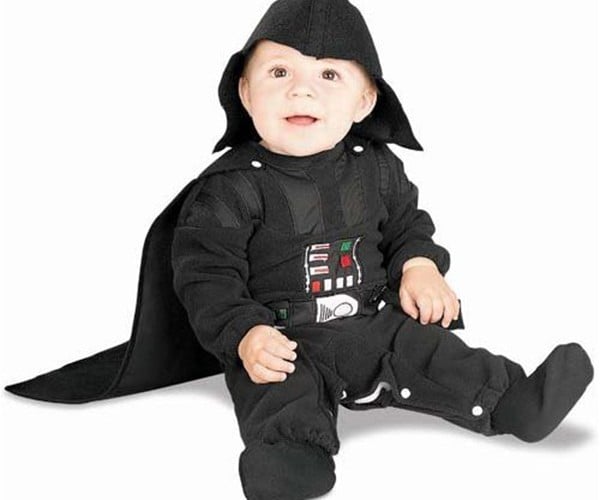 I know that Halloween’s still more than a month away, but after seeing the awesomely cute Barf Vader, I decided to do a thorough research on – okay I hit Amazon. and Etsy. More on that later; let’s just say that most of the costumes will make your spawn ten times more adorable, while some will probably cause your child to hate you when he or she grows up and sees your old Halloween pictures.
Share
Check It Out

Star Wars Flash Drives: Don’T Use the Force to Push ‘Em Into Your USB Slot 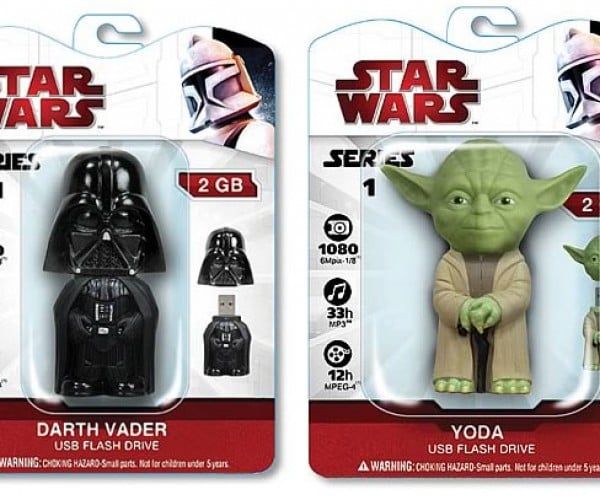 These aren’t the first Star Wars themed flash drives I’ve seen, but they do have the biggest heads I’ve seen on a Star Wars flash drive, so at least they’ve got that going for them. The bobblehead-esque USB drives feature the likenesses of Darth Vader,Yoda, a Stormtrooper and Boba Fett, and each one stores 2GB of data, which isn’t a whole lot, but should be enough to handle those critical Death Star blueprints.
Share
Check It Out 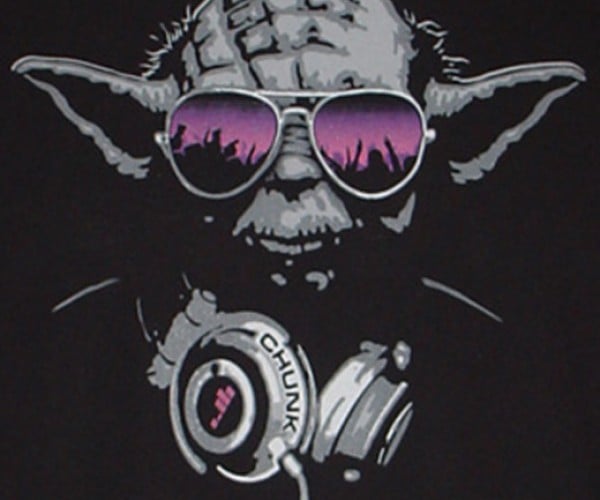 Chunk’s yoda DJ shirt combines one of the most ancient geek icons with one of the geekiest forms of music. Lightsaber rave parties anyone? Wonder which artists the Jedi Master prefers. I think he’ll have a bit of M83 because he traverses galaxies, a bit of Justice because he’s on the light side, and some RATM for his rebel homies.
Share
Check It Out 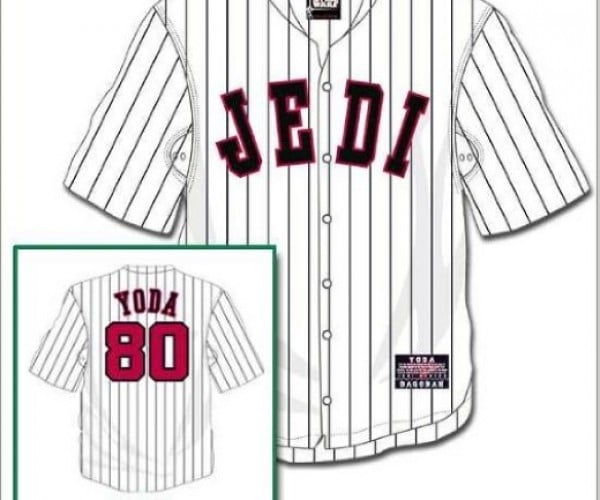 Quick survey! Which would you prefer? Sparkly albino vampire vs. dirty raggedy vampire baseball, or Jedi vs. Sith baseball? In other words, are you a young girl or are you an old nerd? Don’t say “both”.
Share
Check It Out 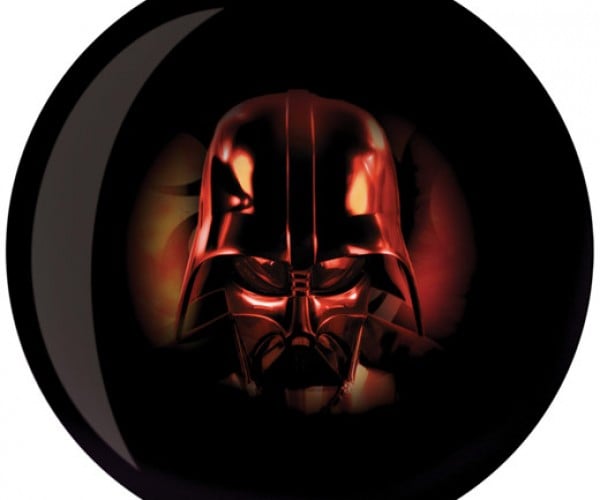 The Force is sure to help your game with these bowling balls featuring the likeness of iconic Star Wars characters. Whether you’re Jedi or Sith, there’s a ball for you. While I think it would be fun to show up to league with Darth Vader bowling bag, you might prefer the grimacing visage of Jedi Master Yoda.
Share
Check It Out

This Star Wars Wedding is So Good, I’M Considering the Idea 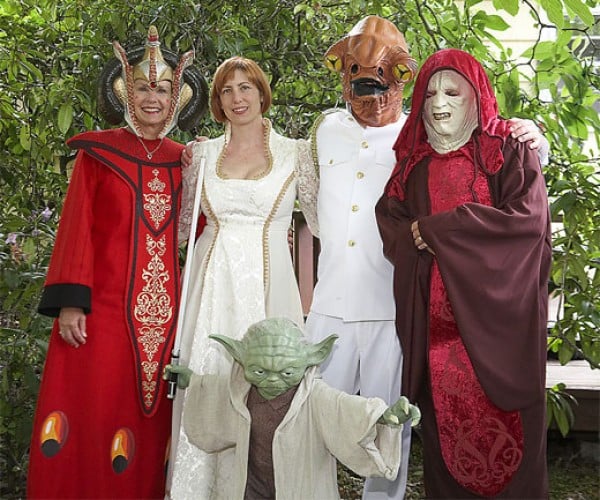 This Star Wars-themed wedding is not your typical, run-of-the-mill Han and Leia affair. Oh no. For this wedding, all of the guests dressed to the nines in Star Wars costumes, and every detail was imbued with Force-y goodness.
Share
Check It Out 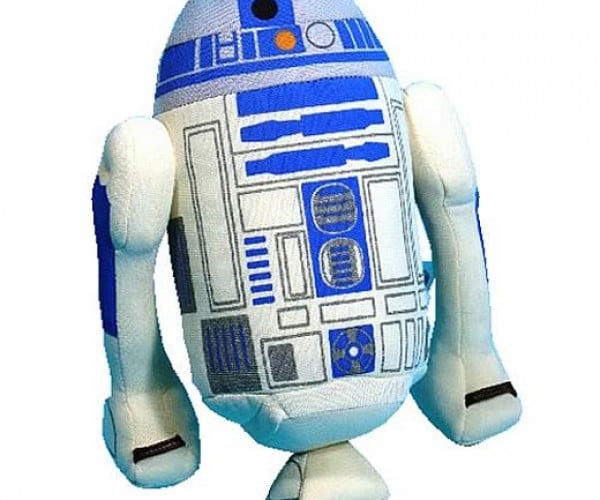 There’s no reason that the pillows on your couch have to be square, round or rectangular. Why shouldn’t they reflect your Star Wars addiction like anything else? These plush versions of classic characters from the Star Wars universe are just too cool.
Share
Check It Out
« Previous
‹ Prev123