According to an industry analyst with American Technology Research, features planned for some next generation video iPods will include widescreen video playback, including an advanced video processor said to be supplied by Nvidia. The rumors that the chip supports 3D puzzles me, and unless Apple is planning on adding gaming capabilities to iPods, it doesn’t make much sense to me. 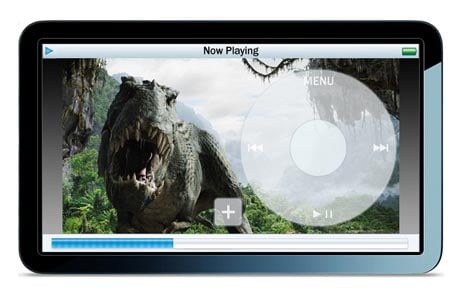 The image above is a mockup that’s been circulating around the web lately.
It does not represent what the actual iPod will look like, but it sure is purty.

In addition, it’s been bandied about that some new models will include wireless networking capabilities, and a potential Bluetooth headphone option.

As for the next-gen iPod-nano, there’s not much to report yet. They plan on consolidating the architecture from a three-chip design to a single-chip design, and are supposedly working on a magnesium-based casing that should resist scratching and improve durability.