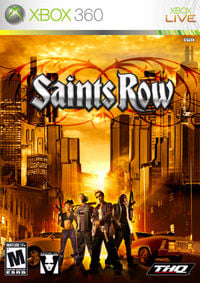 Microsoft is coming fast and furious these days with additional content on the Xbox Live Marketplace. Earlier this week it was Ninety-Nine Nights, now the GTA-esque actioner, Saints Row is available for you to try out.

Overall, the game is pretty decent. Although it’s certainly not going to win any awards for originality, it does some things as well as or better than it’s predecessors. The rag-doll physics really improve upon what GTA’s comparatively weak graphics engine, and the NPCs are certainly more interesting than the ones in the GTA series. The graphics are colorfula and overall pretty decent but the demo has some frame rate and other visual glitches that will hopefully be solved in the final release version.