The folks over at NewLaunches are reporting on a rumor out of Taiwan that the Xbox 360 may get a built in HD-DVD drive in 2007. Optical disc drive industry insiders say that Microsoft is working on a revision to the 360 that would embed the high-definition video player into a new version of the game console as early as the first half of 2007. 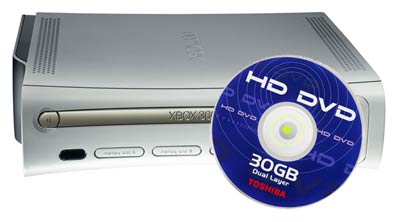 I’d imagine that this will be offered as an alternative version of the console, priced somewhere around $500 to go head-to-head with the Blu-Ray capability built into Sony’s Playstation 3 system.