The folks over at Home Theater Blog got their grubby little mitts on a Toshiba’s second generation HD DVD player, the HD-XA2 and we’re pleased to hear that the horrifically slow load times of the first generation HD-A1 and HD-XA1 appear to be a thing of the past. 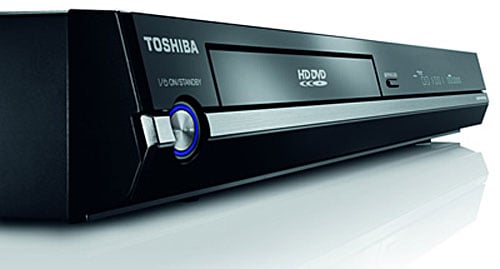 The new $499 model is reported to load discs in under 20 seconds in most cases, which is a significant improvement over the minute-plus load times of the earlier models. In addition to improved performance, the HD-XA2 touts a slim new black case, HDMI 1.3 output and an improved video processing chip set. The new remote control is also improved over the original, feeling more like a typical DVD player remote. If you don’t have an Xbox 360, this could be the HD DVD player to buy.