While many of us were pretty wowed by the industrial design and user interface of Apple’s forthcoming iPhone, but with a bunch of other internet-media-smartphones out there, is it really all that unique?

LG would like us to think that Apple’s beauty really isn’t all that different. With the upcoming release of their KE850 combo mobile phone, they’re certainly covering many of the bases that the iPhone does. 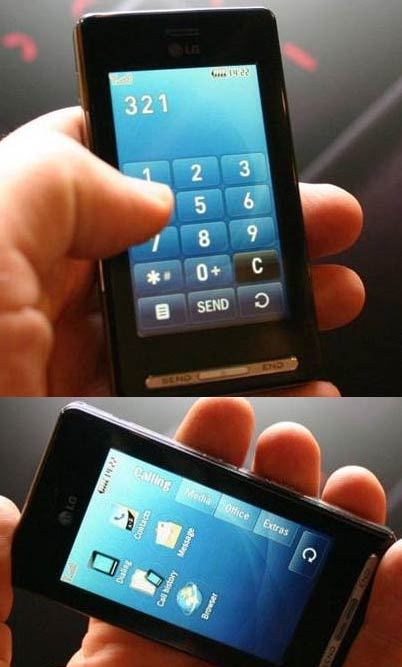 Like the iPhone, the LG KE850 features a large, high resolution touchscreen user interface, video and audio playback and personal organizer features. I’d venture to say that it’s based on the lg ke800 platform, which also includes web browsing, a 2 megapixel camera, FM radio and microSD memory expansion. As you can see by the video below, the user interface isn’t nearly as slick as Apple’s, it does still look improved over most cell phone UIs that I’ve encountered…

Sure, the touchscreen doesn’t feature multi-touch and some of the nicer finishing touches like the iPhone’s motion sensing capabilities, it is likely to be a bit less expensive and should hit streets about 2 to 3 months earlier than Apple’s phone.