This week, Adtron announced the availability of a new solid state drive (SSD) that’s capable of storing a record-breaking 160GB in its flash memory. The drive will be available in IDE and Serial ATA version. 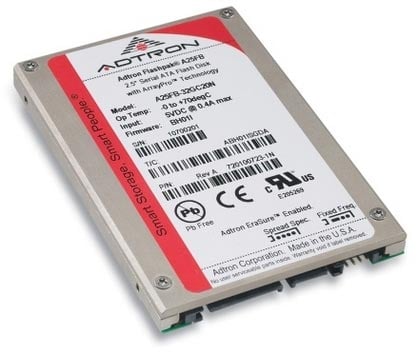 As storage size is rapidly approaching that of decent-sized hard drives, it would seem that these drives are really the future of computer storage. They consume significantly less power than mechanical drives, and can retrieve data at a much faster pace. The only thing holding back SSDs at this point is price, and that is expected to come down at a pretty good pace as production ramps up.

[via Ministry of Tech]