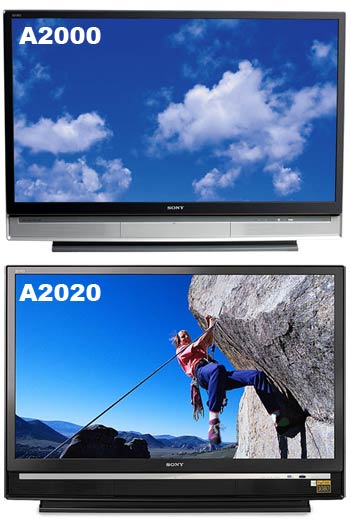 As is the case with all of Sony’s rear-projection liquid crystal on silicon (LCOS) televisions, this one runs at full 1920 x 1080 resolution. It features an excellent 10,000 to 1 contrast ratio, primarily due to Sony’s stellar iris control system that’s present in all of their SXRD models. From what I can tell, the only improvement is cosmetic, in that the new model features an all-black case versus the black and silver case of the earlier model. For those of you with serious home theater aspirations, that might be enough to make a difference.

Like the A2000 before it, the set offers three component inputs and two HDMI inputs, and supports full 1080p input resolution. It’s also got the same excellent 2.5 millisecond response time that its predecessor offered, which virtually eliminates motion blur.