Enano Computer’s Windows-based desktop PCs measure in at just 6-inches square by 2-inches tall, making them about 1/2-inch smaller than a Mac Mini. 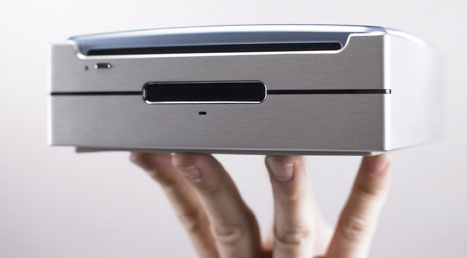 Enano desktop computers come in a variety of configurations ranging from a low-power Celeron M CPU all the way up to an Intel Core 2 Duo model loaded with multimedia features.

As an added bonus, the computers consume as little as 20 to 25 watts of power during typical tasks, which is substantially lower than most desktop PCs, which can use as much as 200 watts or more. The Mini-ITX based computers range in price from about $750 all the way up to $3000 depending on configuration, which is definitely on the high end of things. But if you’re looking for a small form-factor PC that doesn’t skimp on features, enano is worth a look.