Radiosophy: HD Radio Price Gets Down to Earth

While HD Radio hasn’t really caught on too broadly yet, one company is seeking to accelerate things by launching the first HD Radio receiver under $100. 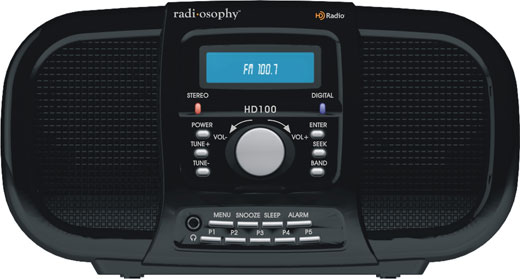 At just 99 bucks, the HD100 Radio from radiosophy costs about half of the price of the current bottom-of-the-line models. The new radio receives AM/FM analog and digital broadcasts, including track title and artist information for HD signals. It’s also got a stereo mini input for hooking up an external MP3 player. A built-in alarm clock with wake to music features rounds out the list of features.

The $99 price is an introductory offer, slated to expire on June 30th, so there’s some urgency if you want to get in on that deal.