Hot on the heels of Ben Heck’s last mod, the PS360 hybrid joystick, he’s at it again. This time he’s cranked out another Xbox 360 laptop, which improves on the original one he did a few months back. 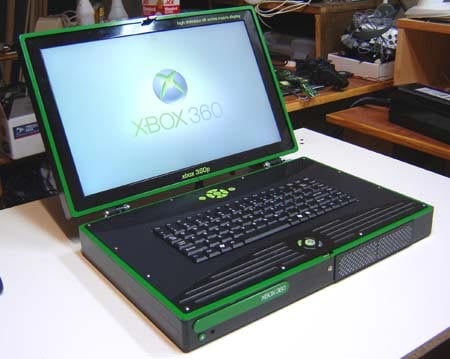 This time out, Ben has implanted the brains of the 360 in a black laptop case with green accents, versus the white case of the original. He’s also trimmed out a lot of the heft of his first attempt, so it’s much more portable. Ben documented the entire project in gory detail, and plans on releasing a series of “how-to” documents including all of the necessary art files and diagrams.

Additional photos of the 360 laptop can be seen over on Engadget.