This goofy digital music player from Bandai isn’t really an MP3 player in the traditional sense. 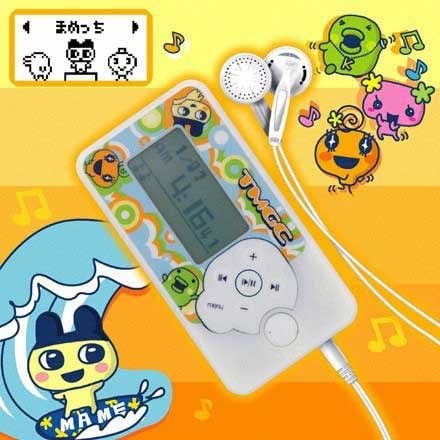 Released for the 10-year anniversary of the popular electronic pet franchise, the $115 Tamagotchi Music Fever player doesn’t connect to your computer. Instead the quirky music player can only directly import music (up to 120 minutes) from a CD player or other audio source.

It features nineteen different character types and a couple of little mini-games built in. Two other modes let the little animated critters dance around or play musical instruments along with your latest Nine Inch Nails tracks.