If you’re looking for a set of speakers for your media player, and want something that’s a little different, have I got something for you. 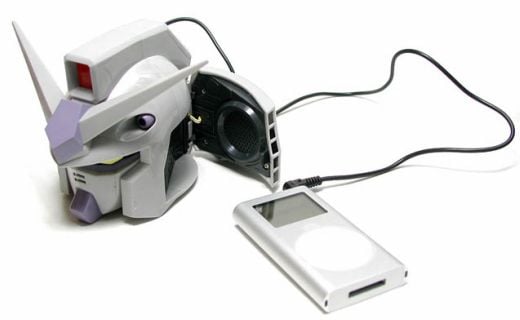 Inspired by Japan’s popular Gundam Anime series, these decapitated mech heads sure to draw attention wherever you set them up. Just open up the flaps on the back of the head to reveal a pair of hidden stereo speakers. 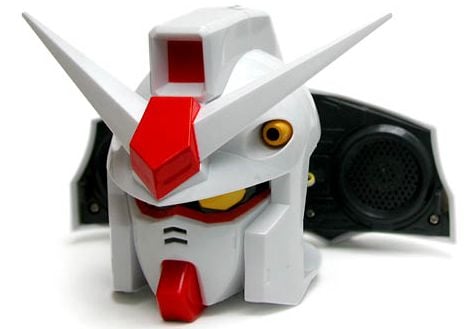 These Gundam Head Speakers simply plug into any portable media player and run on batteries to give you robot-head sound on the go.