The Wireless Spy Camera That’s Hidden in a Clock That Looks Like a Tire: Huh, Wha?

This weird wall clock that looks like a car tire actually is a cover for a hidden wireless spy cam. 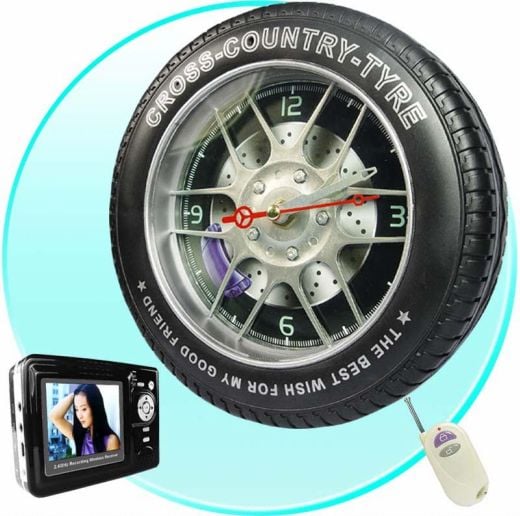 Hidden inside the Tire Clock Spy Cam is a digital video camera with a 2.4GHz wireless transmitter. An included remote receiver can view and record what the camera captures. If the general concept of such a gadget isn’t strange enough for you, add some Engrish text that reads “The Best Wish For My Good Friend” and the Queen’s English spelling of “Tyre”, and you’ve got yourself one oddball device.

Unless you happen to run an auto parts store in Hong Kong, I don’t know if hiding a spy cam in something that stands out quite so much as this is a good idea.