Have an old Macintosh G4 Cube computer lying around? Why not transform it into an enclosure for a modern Mac Mini? 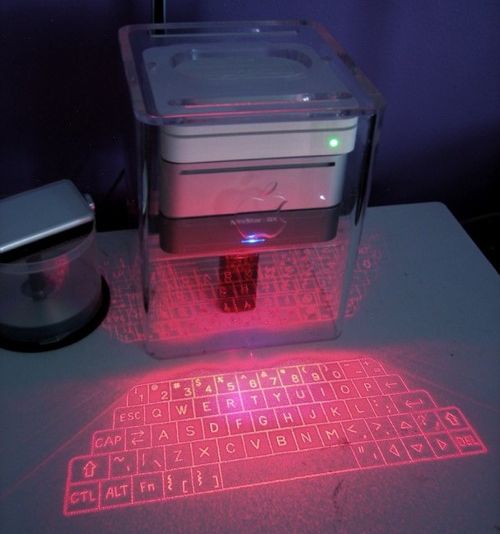 Like the abandoned shell of a hermit crab, Mac enthusiast Rich Willis removed the innards of the old G4 cube and filled its guts with his Mac Mini as well as some add-ons. He even went the extra mile to add a virtual laser keyboard so the whole thing is nicely self-contained.

Now he needs to put the whole thing inside of a Macintosh Classic, and the “big fish eats little fish” illusion will be complete.