Meizu, best known for their ridiculously copycat media players has released a new player that actually looks pretty decent. Surprisingly, it doesn’t derive too many of its looks from other manufacturer’s players either. 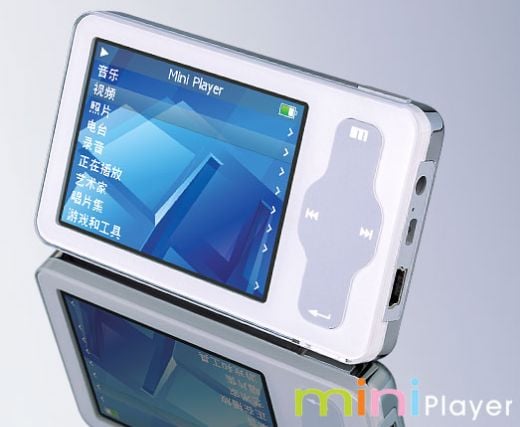 Available now from Brando, the $189 Meizu Mini Player looks like a pretty capable little media player. It’s got a nice aluminum alloy case and a 2.4-inch 320×240 color TFT display. Plus, there’s a nice amount of flash memory on board – 8GB.

There’s support for MP3, WMA, WAV, OGG and FLAC audio formats (though no AAC.) Video files can be played back in AVI format, and there’s even some sort of built in “game function” whatever that means. It’s also got some nice bonus features like an FM radio with recording capability, an audio recorder with a built-in microphone and a calculator.

And yes, even though the picture above is in Chinese, the player does support English, Simplified Chinese, Traditional Chinese, Japanese and Korean language display.