A group of researchers at the Georgia Institute of Technology have developed a working prototype of a watch that can recognize gestures. 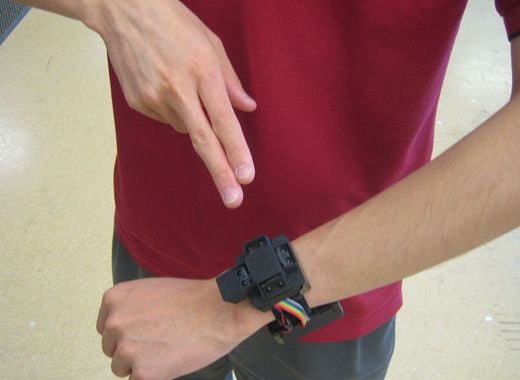 Designed by the research team of Jungsoo Kim, Jiasheng He, Kent Lyons and Thad Starner, the Gesture Watch uses an array of infrared sensors to detect hand movements in close proximity to the watch. The gestures are then interpreted by software to control a remote device.

The developers of the envision that the technology could be used to do things like control media players. The watch embeds Bluetooth wireless connectivity so it can command external devices. For instance, if you wore a tiny MP3 player in an earbud, the watch could act as a remote control for that device.