Some guys from a theatrical lighting supplier decided to crank up their fancy LED light curtain with a little round of Atari’s classic 1970’s arcade game, PONG. 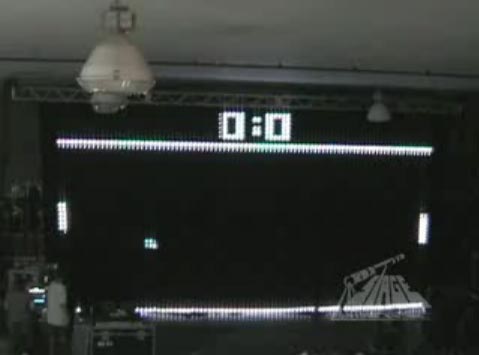 The light curtains create a digital grid using thousands of individual LEDs. Two panels were used together to create a display that measures in at over 16-feet tall and 33-feet wide, making it the biggest game of PONG I’ve ever seen.

The folks over at Creative Stage Lighting normally use these LED curtains for concerts and other events, but I can’t think of a better use than a good old game of electronic paddleball.