Fans of Sony’s SXRD line of projectors, start getting your checkbooks ready. The latest entry in Sony’s line of high-quality front projectors has emerged and it’s looking pretty badass. 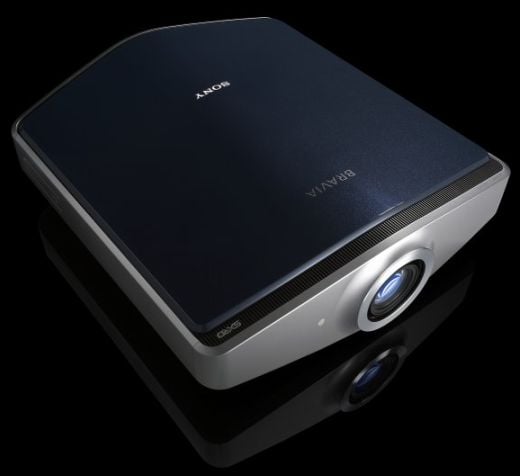 The Bravia VPL-VW200 is the top-of-the-line successor to Sony’s flagship VPL-VW100 projector. The new model improves upon the old by new 1080p SXRD panels that can run at twice the refresh rate of the prior generation, pretty much eliminating any motion blur that you might see. They’ve also added a system that lets you tweak the positioning of the panels so precisely that you can get red, green and blue pixels perfectly aligned.

The projector has a bright 275W Xenon lamp that can kick out up to 4000 lumens (most sane people will use it in low power mode to save lamp life, and keep fan noise down). Sony claims a 35,000 to 1 contrast ratio thanks to their well respected dynamic iris system as well as improvements in the SXRD panel design. The VW200 also adds wide gamut (xvYCC) color support via dual HDMI 1.3a inputs.

On the downside, the VPL-VW200 costs nearly twice what the VW100 costs, at an MSRP of $15,000. It’s expected to ship this October. For those with slightly smaller bank balances, Sony has also announced a new, moderately priced model, the VPL-VW60, which loses the Xenon lamp, 120 fps and wide color support, but otherwise is quite similar. That model hits stores this month, and lists for $5000.