Has your Xbox 360 ever overheated? Do you dread the three Red Rings of Death? Have I got a t-shirt for you. 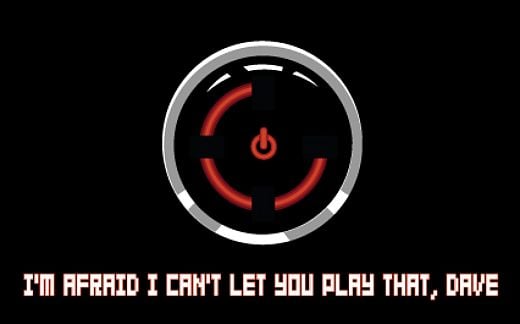 Inspired by the demented HAL9000 computer from the classic science fiction flick, 2001: A Space Odyssey, it shows the inimitable RRoD symbol along with the saying “I’m afraid I can’t let you play that, Dave.” The shirt’s designer clearly had just about enough with his 360s crapping out on him, so had to immortalize his frustrations with this clever t-shirt.