Pac-Man? That’s Pac-Gentleman to You

This custom made toy by artist/sculptor Doktor A is a wondrous tribute to the classic arcade game, Pac-Man. 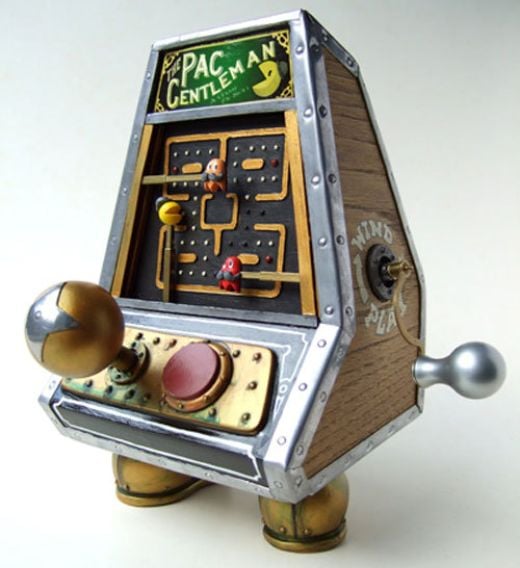 The one-of-a-kind sculptural toy is entitled “The Secret History of Video Games: Pac Gentleman”. It almost reads like a steampunk version of the 1980s dot-muncher, what with its crank-driven game play and wooden and metallic accents. 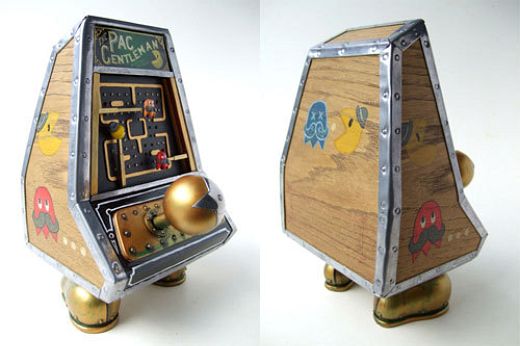 The good Doktor explains the Pac Gentleman game as follows:

“When this game was first released in 1880 it was so hugely popular in taverns and inns that the bank of England was forced to mint more threepenny bits to keep up with demand. The game was created by messrs Nam & Nam and Co. as a novelty pastime for the masses. Outdoing the previous top public house game of Shove Ha’penny. “

Doktor A’s work is being shown as part of the Spit & Polish toy show at Cardboard Spaceship in Santa Cruz, CA. The show runs from now through November 31 (whoops, that’s 30th), 2007.

[via Urban Retro Lifestyle (thanks, Tahir!) ]