Whooda thunk that a 40+ year-old Soviet television set would make for one of the most gorgeous computer designs I’ve seen in a very long time? 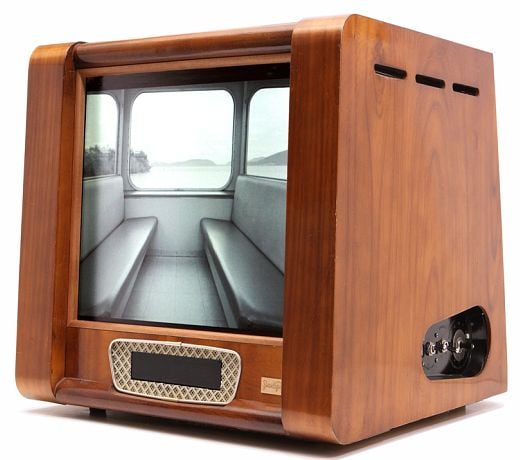 This amazing transformation started with a 1961 Soviet REKORD tv set and turned it into a modern Windows PC. A team of talented casemodders recently built a complete computer system into the antique wooden TV case. The design kind of makes me think of what the original Macintosh might have looked like if it was made out of wood instead of plastic. 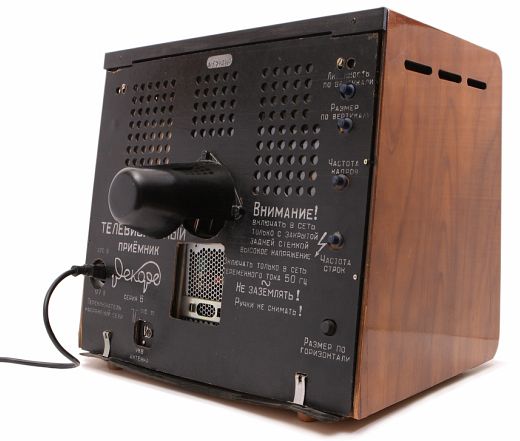 The system is fully self-contained, with the computer, monitor, subwoofer and speakers built into the case, and a wireless mouse and keyboard for controlling the PC. 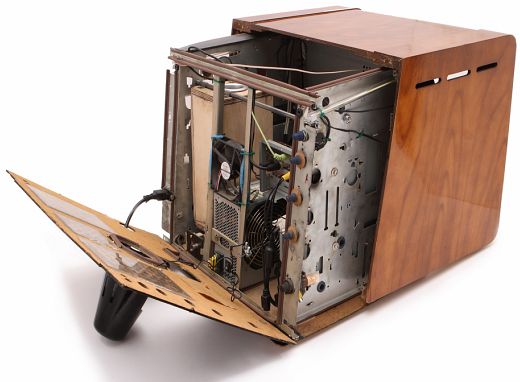 There are plenty of nifty details in the design, including motion-sensitive LEDs which imitate the flickering of an old television. Old style toggle switches turn the system on and off, and the LCD monitor is switched by pushing on the metal REKORD logo on the front of the set. Very nice.