If you’ve never bothered to get out of the 80’s and upgrade from that old Commodore 64, it turns out you don’t have to miss out on modern video games. Heck, why shouldn’t you be able to play Guitar Hero on your C64? 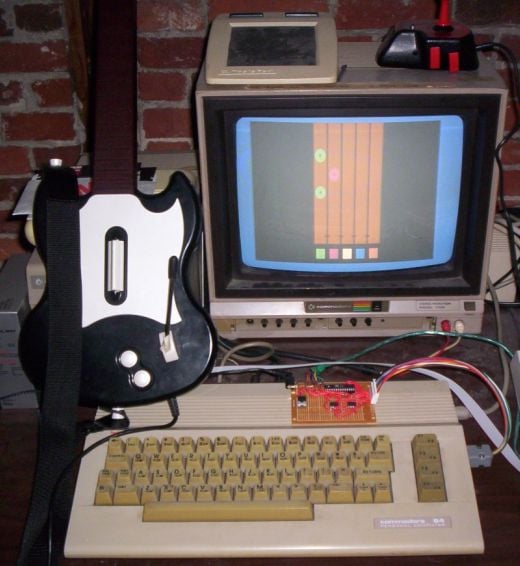 Toni Westbrook’s Shredz64 project aims to interface a Playstation GH controller with a C64, then to create a rudimentary version of the rhythm matching game that runs on the classic computer. Plans are to use the system’s retro 8-bit beeps and blips to crank out its tunes.

Thusfar, Westbrook has gotten the controller working with the C64, and started work on the game itself earlier this year. While his initial tests were written in good old Commodore BASIC, he expects to write the final game using C and 6502 assembler language.

[via Waxy.org via Kotaku]