Nowadays, you can find many classic Genesis and NES games on Nintendo’s Wii Virtual Console, but nothing beats popping any cartridge you find lying around into a system that’s designed specifically to play those old school titles.

This new hybrid console lets you play the best of the 8-bit and 16-bit video game generations, offering full compatibility with games both the Nintendo Entertainment System and the SEGA Genesis. 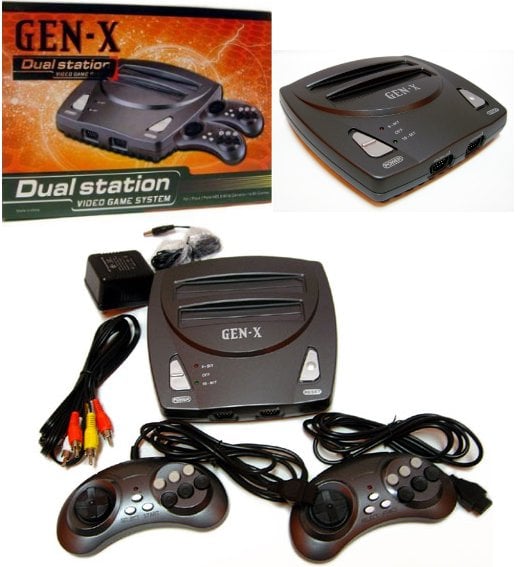 The Gen-X Dual Station console has two dedicated slots which support original cartridges from the classic 1980s gaming systems. Word on the street is that it’s compatible with pretty much any Genesis or NES game you can throw at it, including Japanese titles. The system comes with everything you need, including a pair of controllers and A/V cables. While you can’t connect an original NES controller, the ports are compatible with SEGA’s original controllers.

The console lists for $59.99, but with a little digging, I was able to find them in stock at VideoGameAction for just $36.89, less than the price of most individual games these days.