The latest pocket gaming system isn’t from Nintendo or Sony, but from an upstart little Korean outfit called MyRacer. Their new MF101 portable looks like another media player on the surface, but under the hood, it’s a pocket-sized arcade system. 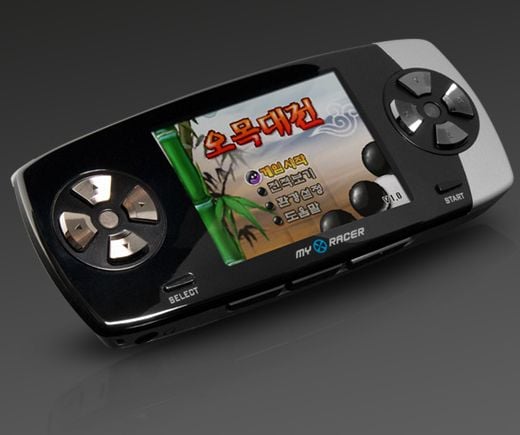 Sure, it’ll play music and video files in a variety of formats, but the MyRacer will also play a number of Adobe Flash-based games such as those from Korea’s Play4U or Com2uS catalog. It’s not clear to me if it’ll play just any Flash file, or just Flash Lite applications. 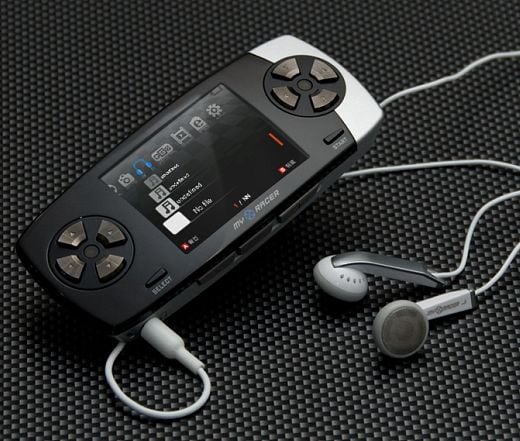 Clearly designed with gaming in mind, the system has a pair of directional controls, as well as shoulder buttons. It’s got a cool Flash-based user interface, providing quick access to your media and games. The system has a 320×240 resolution 2.4-inch color LCD screen, and comes with 1GB of on-board memory (expandable via an SD slot). 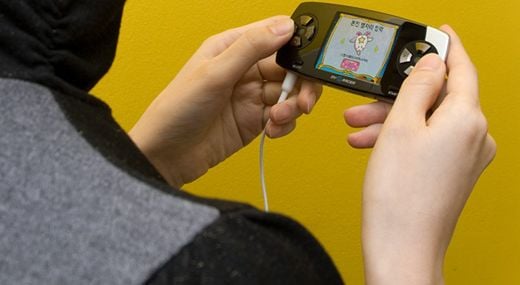 If you want to get your hands on one of these compact players, you’ll have to see if you can get one exported from a Korean retailer such as GSestore or Knox for 99,000 KRW (appx. $104 USD).