Ok, this has got to be the most wacky Nintendo-inspired item I’ve seen in a long time ever. Apparently somebody out there with a serious Mario fetish has decided to create a corset using his likeness. Huh? Wha? 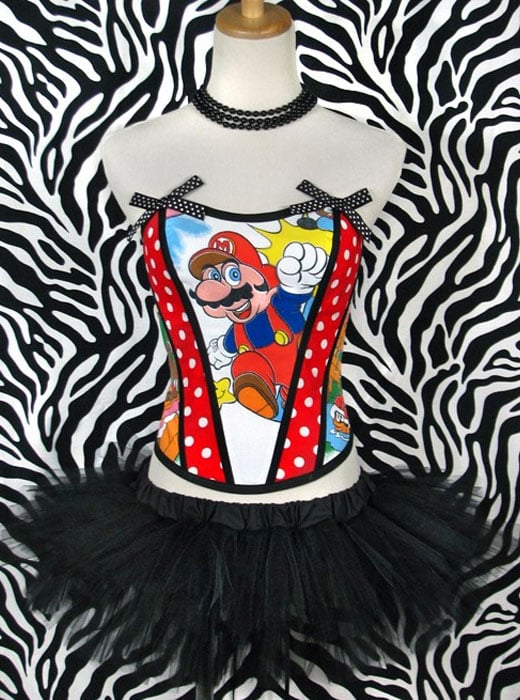 I know, it’s as strange as it sounds. Covered with rare 1980s Super Mario Brothers fabric, this oddity was created by TheVintageDoctor. Complete with a lace-up back with metal grommets, Mario will help you keep your waistline in check in case you gobble down one too many 1UP ‘shrooms. 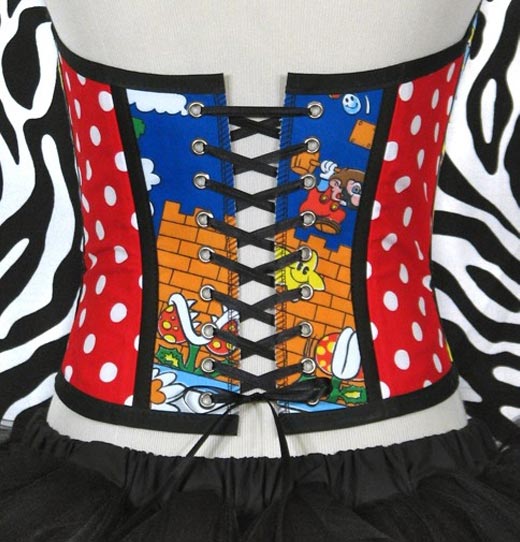 Either way, it’s a one-of-a-kind item, which is probably just fine since I can’t imagine there’s too much demand for Nintendo undergarments. But, to each his (or her) own, I suppose. If you just have to have this, head on over to Etsy and grab it before it’s gone.