With the recent launch of the iTunes App Store, we’re just starting to see the tip of the iceberg when it comes to applications for the iPhone and iPod Touch. Here’s one I’m really looking forward to playing with when it hits the App Store later this month. 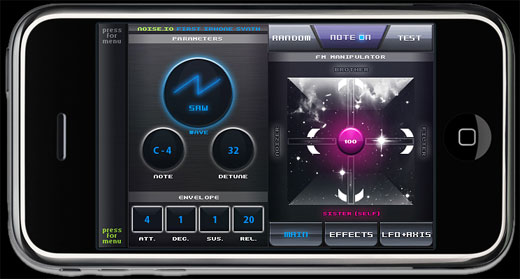 Amidio’s Noise.io is a full-featured sound synthesizer, capable of producing all kinds of interesting noises and sound effects. It usese something called Enhanced Subspace Frequency Modulation (ESFM) to generate its beeps, blips and beats. A unique multi-touch interface lets you manipulate every aspect of the sounds you create. 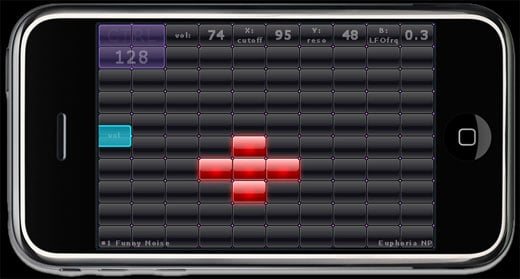 Once sounds are created, they can be sequenced for playback and enhanced with audio effects like chorus, delay, phaser and flanger. And if you’re not creative enough to make your own sounds from scratch, Noise.io ships with 81 sound presets and a preset editor which lets you save your own for future playback. The guys at Amidio make the bold claim that the app can produce sounds comparable to dedicated hardware synths. You be the judge:

While I’ve seen other music makers in the App Store, this is the first full-fledged synthesizer application that I’ve come across. Noise.io should be released to the iTunes App Store on 8/25/2008, and will cost just $6.99.