The fifth version of world-renowned artist Wim Delvoye’s sculpture is now on exhibit at the Université du Québec à Montréal’s gallery up until Valentine’s Day. Why should we care? Because his sculpture is actually a machine. A machine that “reproduces the human digestive system, from mastication to excretion”. In other words, all this machine does is eat & poop. 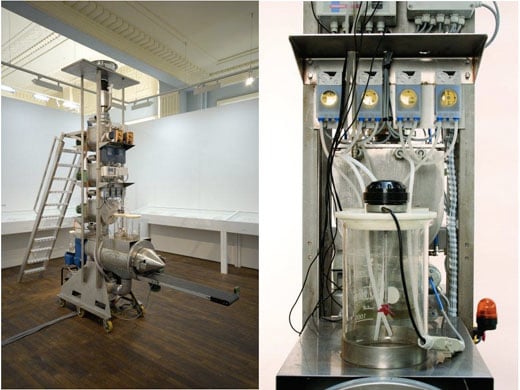 Delvoye has dubbed his work  “Cloaca”, after the excretory orifice of birds, reptiles and amphibians. The machine-sculpture is made of steel, rubber and glass. A team of technicians is needed to set up Cloaca, after which Designboom says, it is then fed twice a day with cafeteria leftovers. But on its first day at the gallery four artists actually prepared a three-course meal for Cloaca. 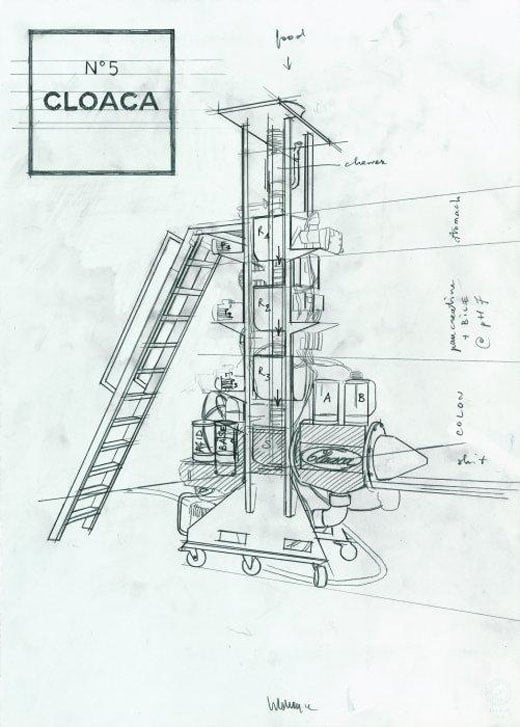 I don’t know how long it takes for Cloaca to digest its “food”, but I do know, thanks to numerous, high-quality images, that machine poop looks exactly the same as man poop. If you don’t want to see crap, DO NOT SCROLL DOWN. 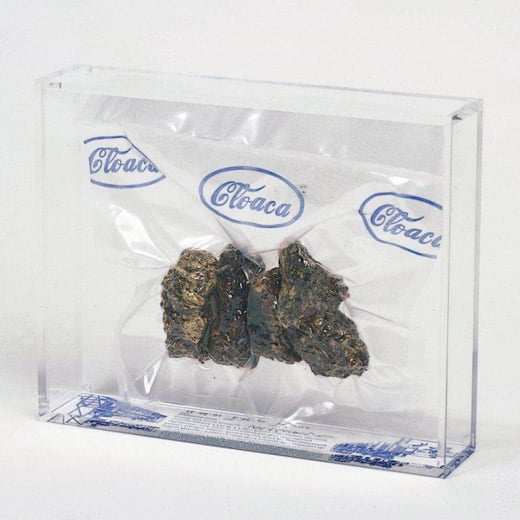 Of course you scrolled down. How’s that burger now you curious cat? As you can see the crap is vacuum packed. Why? Why not? As you can also see, the Cloaca’s logo looks really familiar. I guess it’s in keeping with the inspiration behind the artwork: human consumption and the merchandising of today’s consumer culture. Delvoye said, “I wanted to make something that is absurdly unnecessary… I don’t think this biologically correct machine belongs in a science museum. I don’t have that ego. I’m not helping sick people. I’m practically useless in society.” Funny guy.

Do you know any human Cloacas? You might want to take them to the exhibit – again it’s on display at Galerie de l’UQAM until February 14 – or show them more of Cloaca N˚5 at Wim Delvoye’s website.