Sansa Slotradio Comes With 1,000 Songs but No Play Button

Chip Chick’s Ali was able to test a unit of Sansa’s yet to be released slotRadio, their answer to Apple’s iPod shuffle. A quick look at the slotRadio tells us that the only thing the two music players have in common is their small size.

The most notable difference of the slotRadio from the Shuffle, and from all other music players, is that it comes preloaded with 1000 songs. Now we don’t know yet whether these will be pop songs or chart-toppers or crappy songs, but Ali says that “SanDisk is working with Billboard to provide the music, and Akon definitely has some music on there along with many other top hit artists.” 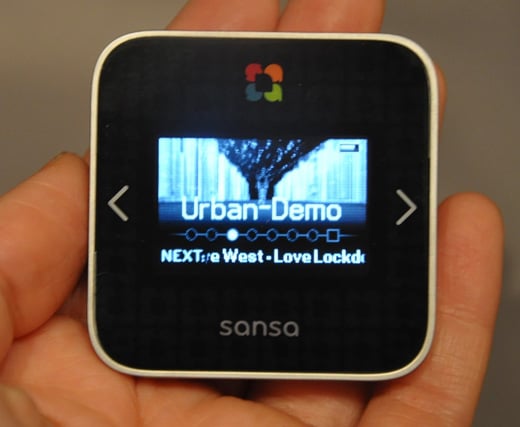 I’m willing to bet that the free songs will make or break the slotRadio. See, the slotRadio will sell for $99 USD, which is more expensive than the 2Gb Shuffle. But two things might justify the price difference: First of all, the cheapest price for a song at the iTunes Store is $0.69. If the 1,000 preloaded songs are worth keeping, then people who buy the slotRadio just saved themselves at least $690! But of course that’s quite a big “If”. 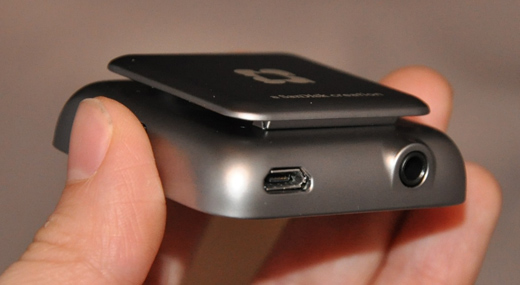 Second, unlike the Shuffle, the slotRadio is expandable because it uses microSD cards. Meaning if you have any microSD card, you can take out the slotRadio card that contains the preloaded songs and even use a bigger capacity (microSDs go up to 16Gb) card to store your music. 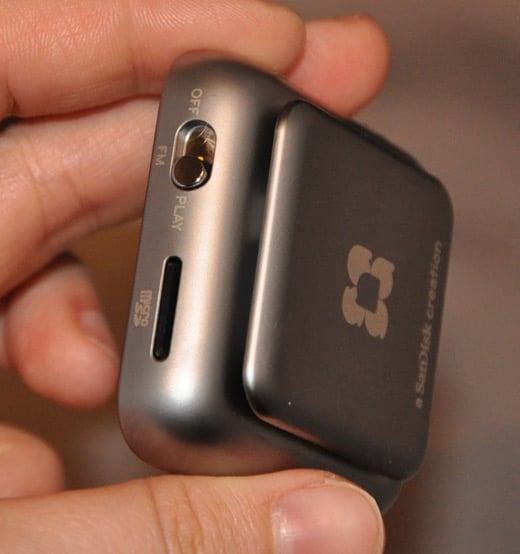 Using microSD cards for storage also means that adding and removing music is as simple as drag and drop on both Macs and PCs. Unfortunately, Ali says that you can’t “see” the preloaded mp3 files on the included microSD card. I’m pretty sure you can still reformat the card if you don’t want to keep any of the songs, but if a customer happens to like those preloaded songs, he has to make sure that he doesn’t lose the included microSD card. Because if you can’t access the mp3 files, that means you can’t copy or move those free songs. 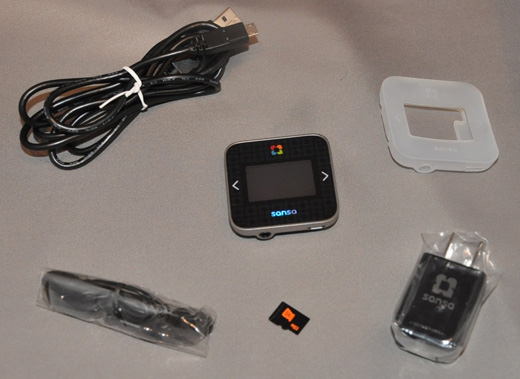 If you find it weird that the Shuffle has no screen, you’ll be baffled by the slotRadio because it lacks a play button. Sansa, what you been drinkin? I guess it will start playing music as soon as you plug your earphones in, seeing as it only has back and forward buttons. Like other Shuffle competitors the slotRadio has a screen – albeit a black and white one – and built-in FM Radio. 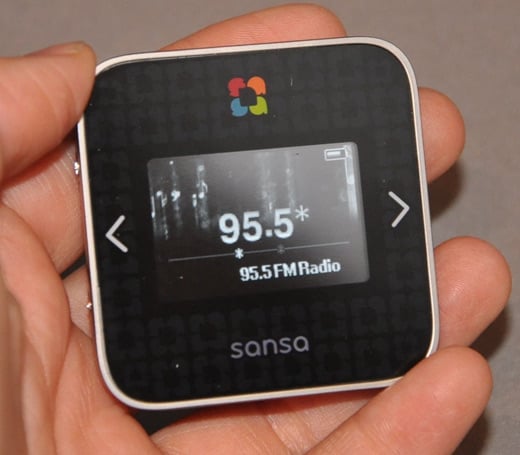 The slotRadio is probably aimed at casual listeners, people who don’t have an extra hard drive devoted just for music files. It’s good for people who travel a lot or exercise regularly because of its size and the adequate capacity for songs. But again I think that the quality of those 1,000 free songs will decide whether or not the slotRadio will become popular. Having a quick and easy answer to “How do you make this thing play?” would also help.