Inspired by a scene from an old British TV sitcom, modder/appliance frankenstein lemonie decided to make a real vhs toaster. He succeeded and failed at the same time. Which is kind of a feat in itself. 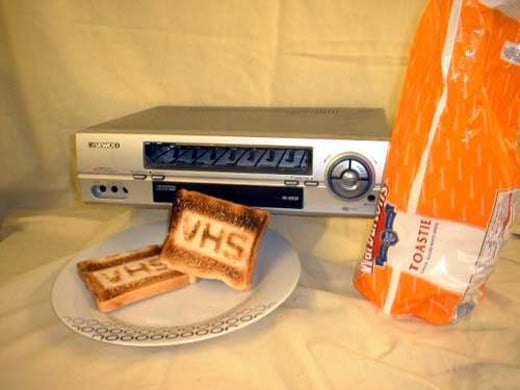 That’s the VHS toaster in the background. In the foreground are a couple of sweet VHS-marked toasted bread. But where were they toasted? 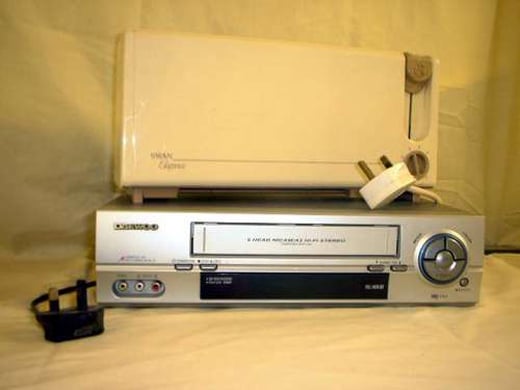 See, lemonie did manage to mash the innards of an ordinary toaster into a VHS case, but then he found out that his design had a lot of flaws. For example, the case gets really hot, which is no surprise. Plus lemonie said that he couldn’t leave the damned thing on its own. I think it’s because his invention is quite grumpy, and unlike its parents it probably doesn’t want to be stuffed with anything, whether bread or tape.

The worst part about all of this is that the branded bread that you saw in the first picture was not toasted from the VHS toaster. Here’s lemonie’s confession: “I’d originally intended for the toaster to leave “VHS” on the toast. However, the top rack was too far away to be effective, and I knew that while it would work on the bottom rack the toast would stick to the VHS mask. I laid the mask on the bread and toasted it in the toaster, horizontally. Yes, I switched slices in the video, for artistic purposes.” At least he was honest enough to reveal that.