This fake security cam has several fauxthentic features that will deter would-be thieves. It has a motion sensor (probably an IR sensor), so that when someone – you, your wife’s mother, a piece of trash – passes in front of it within 6 1/2 feet, the camera will respond by panning back and forth for 15 seconds. It will do this for anyone or anything that passes by. Your dog will be eternally excited by this equally tireless playmate. 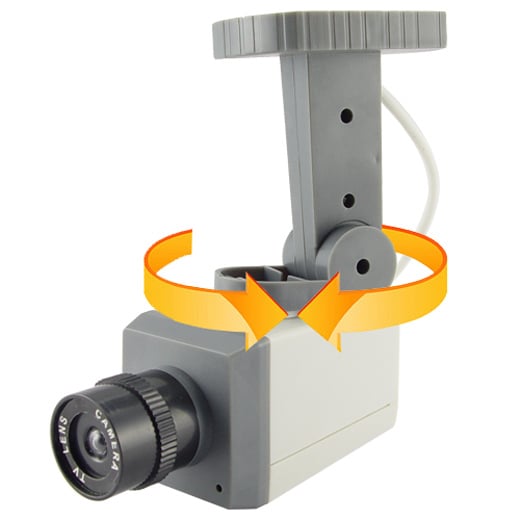 It also has a blinking LED light in front to make it look more authentic. Because we all know that a blinking red light means “I’m recording this. You only get one take. Pick the right song.” The non-camera runs on 3 AA batteries (not included), so you need to check on the thing from time to time. Your dog’s incessant whining will probably tell you that it’s time to replace the batteries. 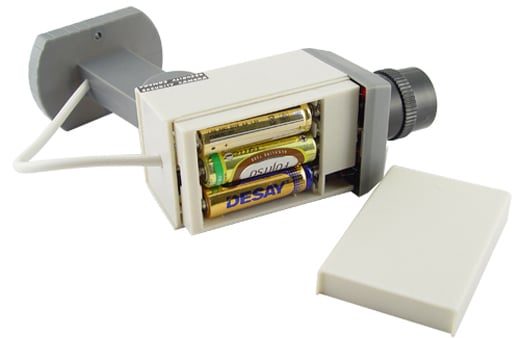 Finally, the fake security cam is made of plastic and it looks like it’s made of plastic. This tells thieves that you’re not rich enough to steal from. You can get 5 of these cameras for $15.50 USD at Chinavision. Drywall screws included.