While rumors continue to abound of Apple releasing an iPhone Nano someday, you can get your hands on a miniature iPhone right now – just as long as you don’t mind that it’s a cheap Chinese knock-off that’s clearly violating just about every intellectual property law you can think of. 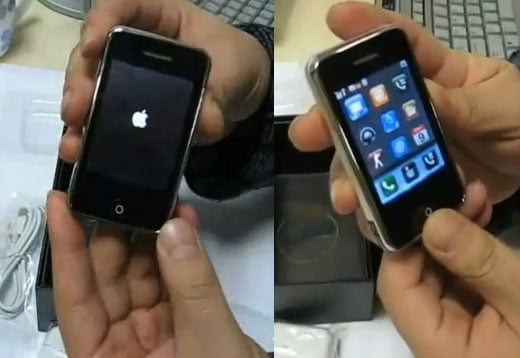 The CECT m188 borrows its looks and menus from the original iPhone, but smashes them into a package that’s just 86mm x 48mm x 11mm, making it about the size of a credit card (and just about as thick as  a standard iPhone). The screen measures in at 2.6″ diagonal, and while it is touch-sensitive, you’ll really want to use a stylus with it. 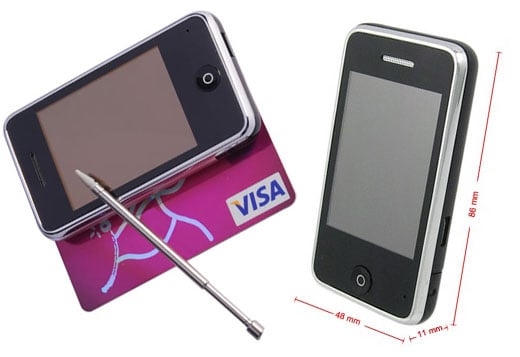 While it’s definitely no iPhone, the m188 is definitely an interesting novelty. The phone is completely unlocked and works on 900/1800/1900Mhz GSM networks around the world. As an added bonus, the m188 supports dual SIM cards, in case you have phone service with two different providers. I’m not sure why you’d really need this – one phone bill is plenty for me. 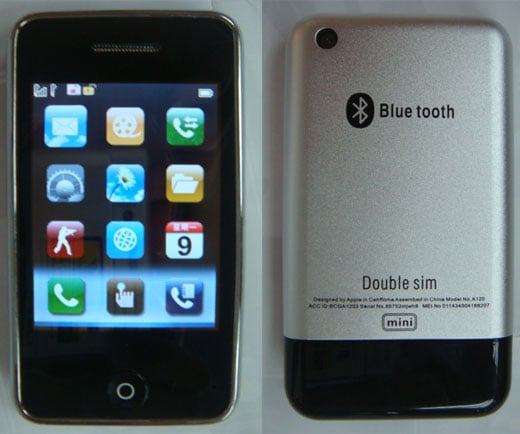 In case you’re interested, here’s a video of the little phone being unboxed and showing off some of its features.

You can find the CECT m188 over at Bigboxstore for just about $100 (USD). There are also a bunch of these floating around over on eBay.