A few months back, I reported on a guy who turned his old Sinclair ZX81 computer into a PC. When I wrote that post I was convinced that there would be no way that anyone could cram a modern PC into the even more minuscule Sinclair ZX Spectrum. But after Technabob reader Brian Smith read my original post, he set out on a mission to prove me wrong. And the result of his efforts is this, a true marvel of modern miniaturization: 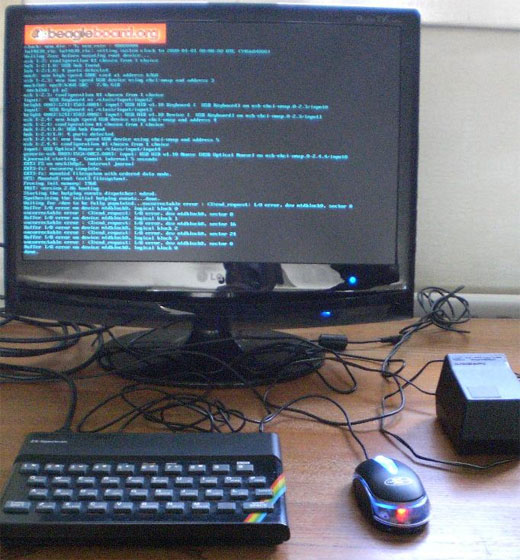 Brian gutted the old ZX Spectrum and replaced its innards with an updated motherboard, running Debian Linux. In order to keep within the constraints of the machines’ form factor, the system runs off of an 8GB SDHC memory card instead of a hard drive. He even managed to get the old ZX chiclet keyboard to work as a proper USB device by rewiring it to the controller circuitry of a new keyboard.

Amazingly, Brian was able to fit not only a full PC motherboard inside the case, but a 4-port USB hub and even HDMI video out. The trick was to use the diminutive 3″ square Beagleboard mobo at the heart of his system. There’s even a little bit of room to spare inside the case. He even managed to power the system with the same old power brick that the original ZX Spectrum used back in the day (with a little voltage step-down wizardry). 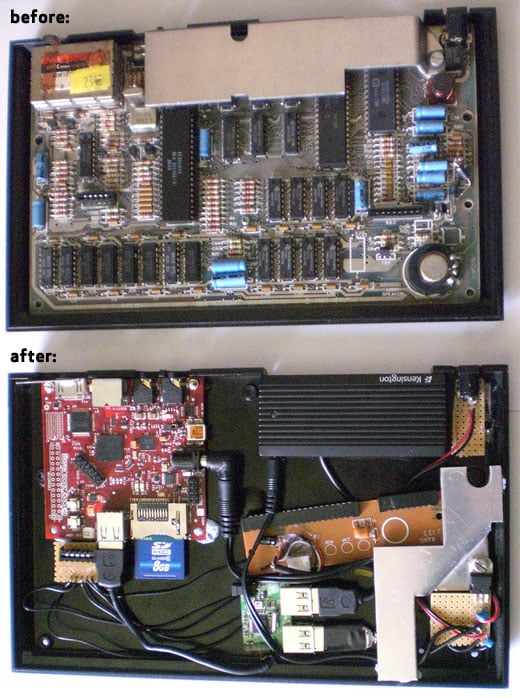 Here’s a little shakycam video comparing an original ZX (or as most of the world knows it the “zed X”) to the upgraded Linux ZX Spectrum, complete with the requisite demo of a Sinclair ZX emulator running under Linux, thus completing the circle of life.

For more pictures of Brian’s nifty ZX Spectrum casemod, head on over to Flickr and check out the complete build gallery.