Yet another proof that geeks are indeed cool: A bunch of scientists – whose professional motto is “Why not?” – decided to combine certain metals with the silk of the Araneus spider, and came up with “super-strength spider silk.” The experiment was actually inspired by a certain marine worm that had jaws powerful enough to crush corals and the shells of various marine life. The scientists found out that the worm’s strong jaws were a “typical biological material spiked with a small amount of an inorganic metal.” 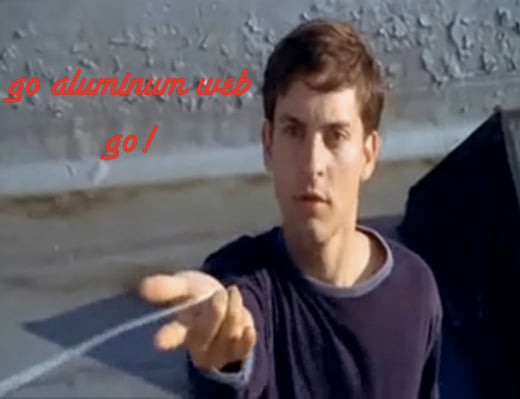 So they went and tried to see if they could strengthen another biological material – in this case spider silk – by adding metals to it. After trying various metallic compounds, the scientists found that “all of the compounds dramatically increased both the tensile strength of the silk, as well as its extensibility. In short, the researchers had taken an unusually tough material and made it even tougher, with the best results produced by the aluminum and titanium treatments. ”

Here’s where it gets better: The scientists further theorized that this sort of spider silk can be mass produced. Woohooo! Segway schmegway: web slinging is the future of pedestrian transportation. Please let it be so.