A group of churchgoers in Västerås, Sweden made a LEGO statue of Jesus Christ. According to the statue’s official blog, 10% of the surface blocks and all of the interior blocks were donated. The blog also has a slide show of the construction if you’re interested; you’ll be surprised at how full the statue is inside. 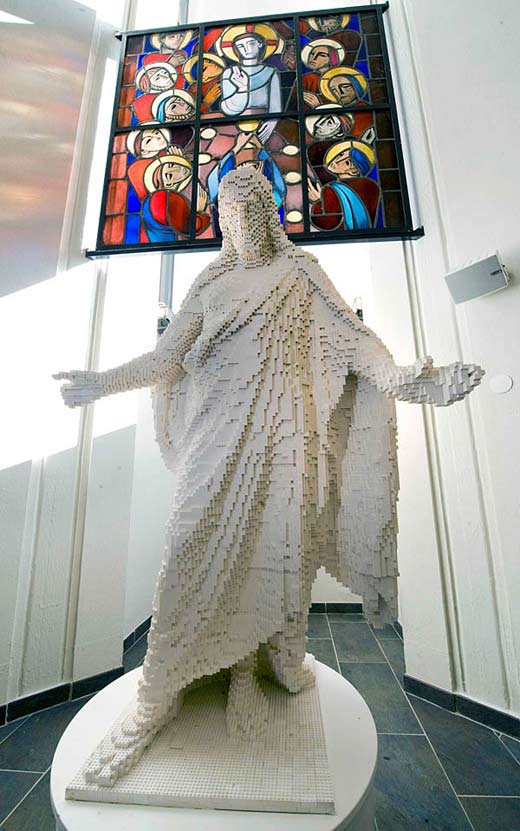 The people who built the statue are still deciding whether they should paint it or not; I think it’s perfect as it is. Well, except for that awkward extension on the lower left. Is that his right foot or is that part of his robe? Nevertheless, I think it’s safe to say that those are the holiest LEGO bricks in the world. You can visit the Onstad Gryta church in Västerås, Sweden to see the statue.