That’s right: each Spock Monkey is a combination of three halves, resulting in one logical, emotionally detached yet huggable primate. I used Vulcan math to calculate Spock Monkey’s constitution. 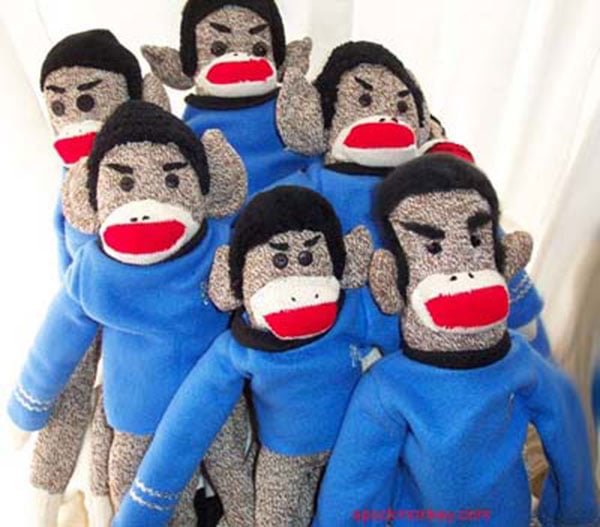 Each Spock Monkey is lovingly handmade, so each of them is unique. Some are uglier than the others. There’s also a Captain Kirk Sock Monkey. No monkey McCoy though. 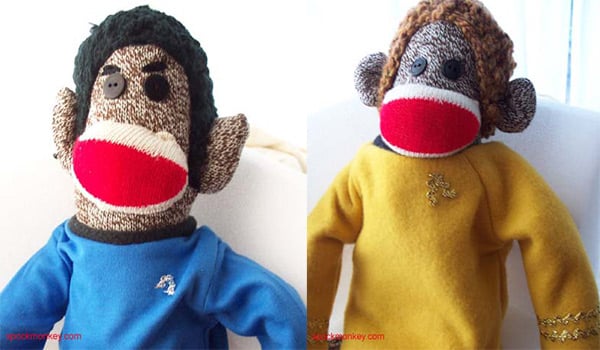 Each Spock Monkey (or Capt. Kirk Sock Monkey) sells for $46 (USD) at Cottage Linen. Don’t feel bad about separating the Spock Monkeys from each other, because they’re all adventurers, seeking new frontiers. Every Spock Monkey is also sent off with one hell of a going-away party. Seriously, check out the party. It’ll make your day.