I headed to the Star Wars blog after reading about the impressive Tauntaun wedding cake, but I became more interested at this old footage. It’s a clip showing a bit of behind-the-scenes of a Public Service Announcement released in 1977, shortly after A New Hope came out. If your kid is a Star Wars fan, think twice before showing this to him or her because this is quite an eye-opener. I guess it’s a bit like seeing proof that Santa Claus isn’t real (Or so they say): 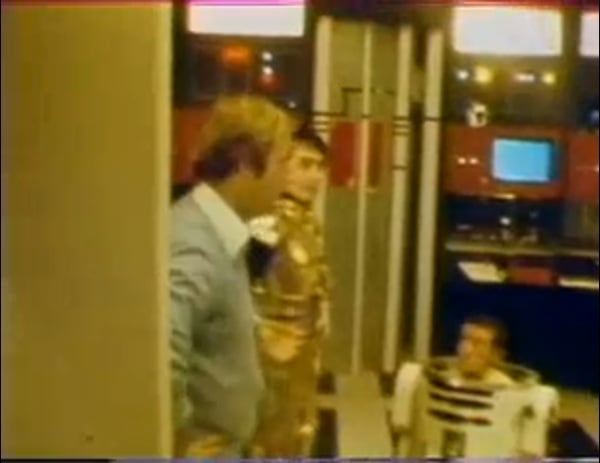 There are humans inside! YouTube user sowtime444 posted the video and said that the public service announcement was one of the several Star Wars ads that his grandfather produced (Grandpa sowtime is also in the video; he’s the chap with the red-orange vest). This is actually the first time that I saw Anthony Daniels and Kenny Baker in what I call “cyborg mode”, i.e. in their C-3PO and R2-D2 suits respectively, but with their faces still showing.

Maybe Kenny Baker was saying that he had whooping cough?