Hello Kitty is cute. There’s no denying it, as millions of teenagers all over the world will affirm. There is no shortage of TVs geared for children, but Hello Kitty TVs were somewhat scarce. That is, until now. 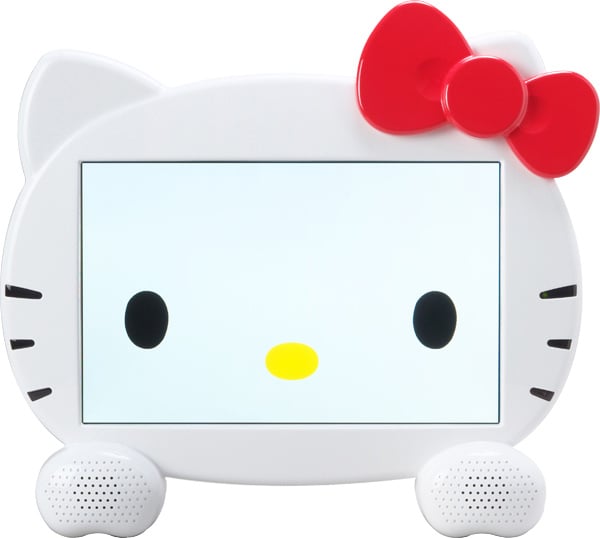 This new version of the Hello Kitty TV was announced last week and it’s hard to believe, but it’s even cuter than the older models I’ve seen. Also, this new Hello Kitty TV comes with a 13.3-inch LCD screen. 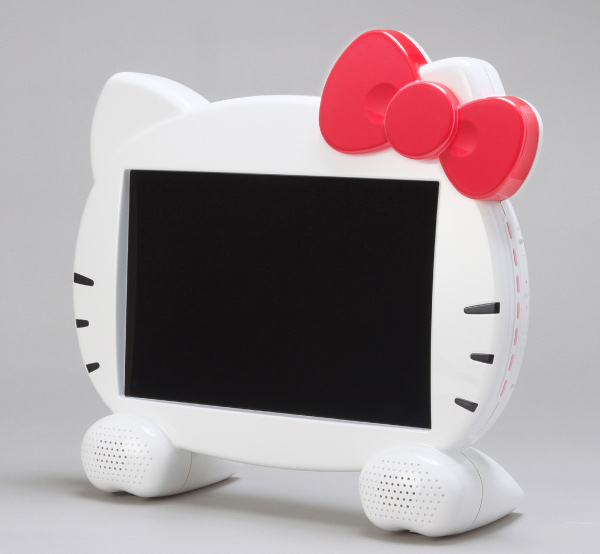 This new device is made by the Japanese company Dynaconnective and has 1,280 × 800 resolution, 500:1 contrast ratio, 16ms response time, and a pair of 3W stereo speakers. To us, it looks pretty portable, so that you can entertain your young ones pretty much anywhere.

Naturally, the TV can show your favorite Kitty’s face in the background. It also comes with a cute remote control that’s shaped like Hello Kitty’s ribbon. It will start selling in Japan on December 24th for approximately $560 (USD). That’s a bit steep! Unfortunately, it’s not suited for anywhere but Japan, since it’s optimized for the Japanese TV system and has Japanese menus, but we’re sure that this cute TV will be exported soon enough.