Looftlighter: Flame on Without a Flame on

Instead of fire, or even sparks, the Looftlighter uses hot air – hot as in more than 1000°F – to light things up. The Looftlighter is named after its inventor, Richard Lighter. No wait: his real name is Richard Looft, a (former?) theater director who got tired of having his barbecued chicken taste like lighter fluid. So Looft did what any Swedish theater director in his right mind would do: “He poured coal into a toaster”. No-brainer right? Even a third grader can guess what Looft did next: “he turned the flow around in a vacuum cleaner and discovered that the coal got ready to use in just a few minutes!” I mean come on. I could’ve thought of that. 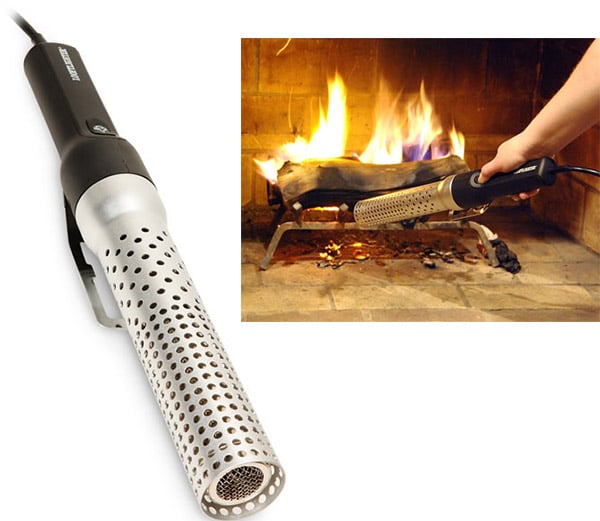 It’s not the quickest way to start a fire, and when you first fire it up it may seems like it’s not doing anything, but because it doesn’t use lighter fluid you’ll save a lot in the long run. That and your chicken barbecue won’t taste like lighter fluid anymore. Unless you actually put lighter fluid on it.

You can order the Looftlighter at ThinkGeek for $80 (USD). I’d buy a low-powered version of this so I can use it for pranks.