These gigantic origami tigers signal the beginning of another Year of the Tiger, which will be shortly coming up after Chinese New Year on February 14th. 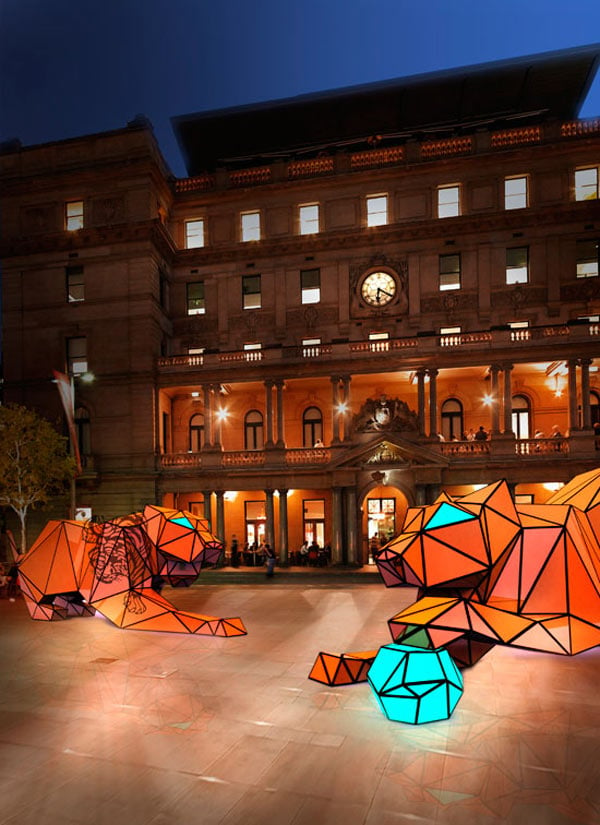 These origami tigers were designed by the Australian firm LAVA and they were made to raise the awareness of tigers as an endangered species. 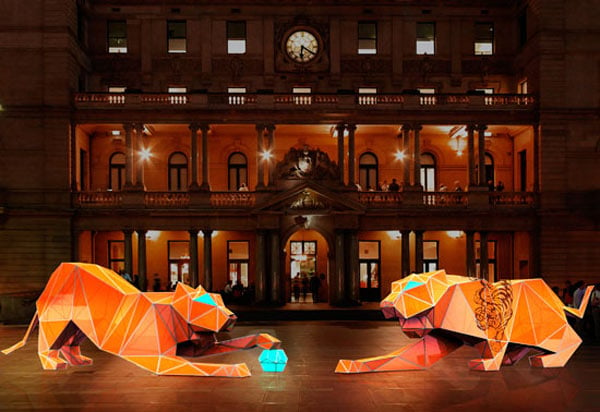 They are powered by low-power LEDs and were constructed out of aluminum as well as Barrisol skin. This makes them really striking day or night. They stand a whopping 8.2 feet high by 23 feet long. However, they only weigh 441 lbs, which isn’t much considering their size. 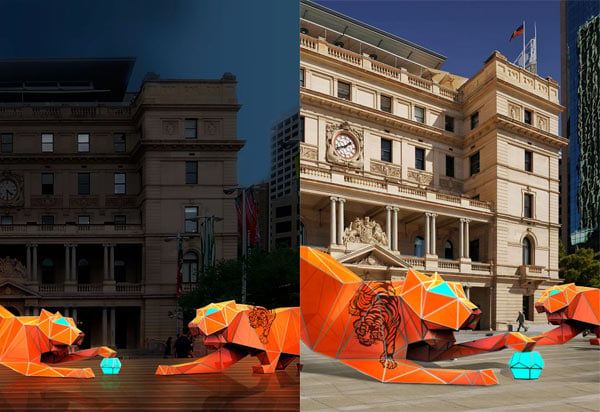 They kind of look unreal, like a cartoon that’s decided to appear in real life. For some reason, I’d expect them to morph into robots, or something like that.

The origami tigers are being set up in front of the Customs House in Sydney, Australia, where they will be on display from February 11th through March 14th, 2010.