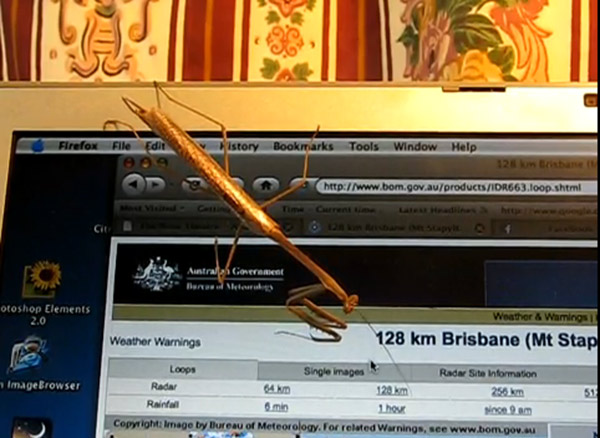 …because his enemy wasn’t real. Whoa. That was Zen-like.

Don’t fear for the insect folks, it was released into the wild after the enlightening encounter, hungry but wiser than ever before.